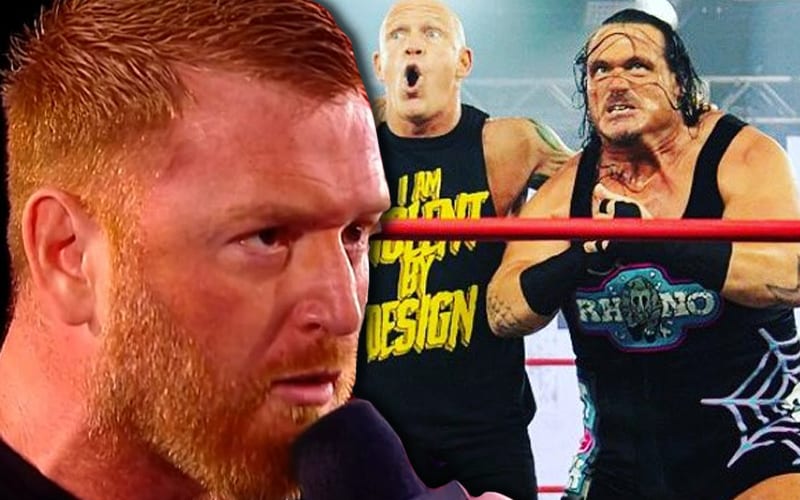 Impact Wrestling held their Sacrifice event last night and there were a couple big moments. Fans saw title changes, and the return of Rhino. That return also included a heel turn.

Heath received his contact with Impact Wrestling because Rhino helped him. Then Heath had to take a long hiatus due to multiple injuries. As Heath recovers from his surgeries at home, he was very shocked to discover that his old buddy turned to the dark side.

Waking up this morning and getting on here to see this. Wtf is this. Call me @Rhyno313 @IMPACTWRESTLING @AXSTV #IMPACTonAXSTV

He also told Rhino to call him. We’ll have to see if that happens.

Heath likely has a long road back to the ring. That will give Rhino plenty of time to be a heel before his friend returns. We’ll have to see how things turn out in this situation, but it might take some time for Heath to get used to the idea that his friend is now a bad guy.