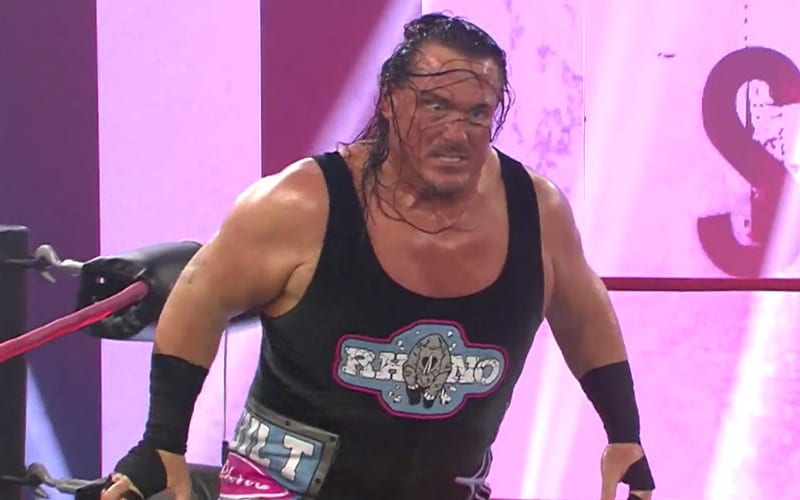 Impact Wrestling brought Sacrifice tonight and Rhino didn’t miss out. He is back, but the former ECW star has a new attitude.

Click here for our complete coverage of Impact Wrestling Sacrifice

In a big swerve, Rhino Gored Chis Sabin instead, helping Violent By Design win the match. After he helped the heels win their match, they all celebrated together.