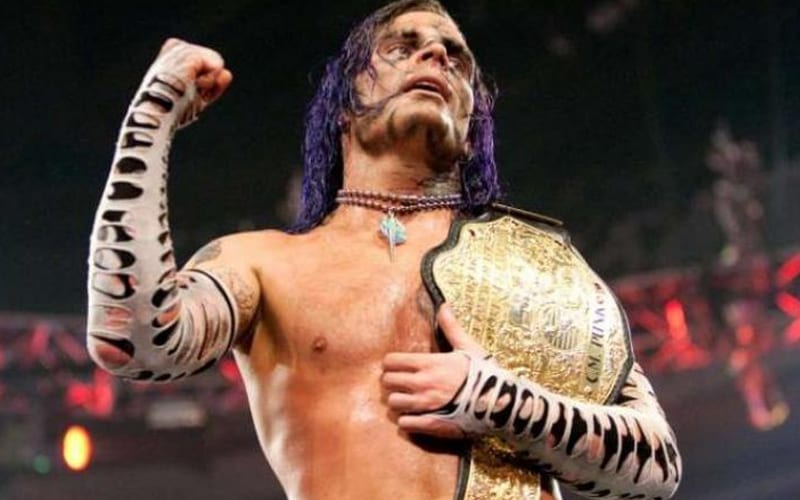 Jeff Hardy signed an extension on his WWE contract last year, but it’s not as long as some first thought. He still has time to make a mark once again, and he would love the opportunity to prove seize the opportunity.

While speaking to ESPN West Palm, Jeff Hardy said he would love to win a Royal Rumble match, but he know that isn’t likely. To be WWE World Champion is another goal for him, even if it’s only for a minute, a thought that gave him flashbacks.

“I said I’d like to win the Royal Rumble but most likely that’s never gonna happen, I think the one thing more than anything I would like to be the World Champion again or the Universal Champion again. Just for a little bit. Even if its for – flashback to CM Punk [cashed in], I was like champion for I don’t know, maybe a minute and then he cashed in his money in the bank so just one more time I would like to do that and it will make it all worthwile”

Vince McMahon is the ultimate decision maker in this situation. Hardy is a former WWE World Champion, but he would love to reach the top of the mountain one more time. The big question is whether Jeff Hardy holding the WWE Title will work into Vince McMahon’s plans.