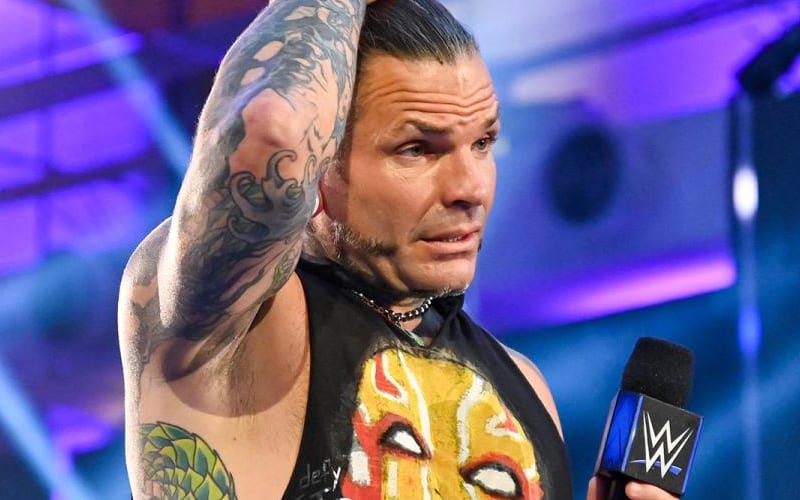 Jeff Hardy was certainly popular with fans during his first run in WWE. His star-making performance against The Undertaker in a ladder match on Monday Night RAW in 2002 truly made fans believe he was ready for the main event scene. However, that did not end up hapening.

While speaking on the Grilling JR podcast, WWE Hall Of Famer Jim Ross discussed Jeff Hardy’s first run in WWE. Ross noted that Hardy was going to receive a huge push as a singles star.

However, due to Hardy being too unreliable, he was never given a WWE Championship run back then. Ross was unsure whether Hardy could have handled the pressure of being a WWE Champion.

“He was primed. You know we talk about reliability thing. There is no reason that Jeff Hardy would not have been a great WWE Champion or any title. But he just wasn’t reliable. And how do you put your championship on somebody you don’t have full confidence that they are going to be cool. They are going to be okay. Can they take the pressure of being the champion? Can they take the pressure of going on last night after night?”

“Can they take the pressure of putting their company on their shoulders and marching forward? And at that time, that was not the… it’s not what everybody thought, they just didn’t think Jeff was going to be able to hold on in the scenario.”

Thankfully, Jeff Hardy would receive his main event push in 2008, as he won the WWE Championship at Armageddon 2008. He defeated Edge and Triple H to capture his first WWE Championship.