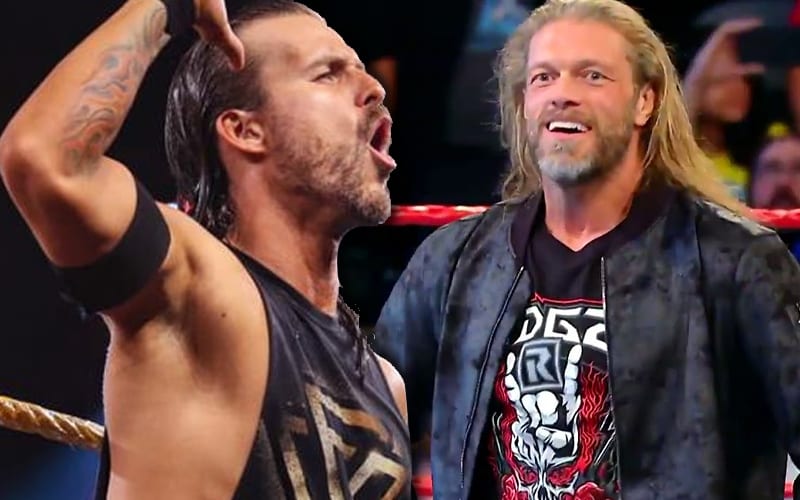 Edge returned to WWE and he didn’t have a ton of appearances lined up. An injury took him out of action for the better part of 2020, but he returned at the 2021 Royal Rumble to win that match. Adam Cole has been watching the Rated R Superstar, and he really wants to take him to the limit.

While speaking to Fox Sports, Adam Cole expressed a big desire to face Edge in WWE. He doesn’t care what situation brings this match to reality, as long as it happens.

“[I want a match against Edge] so, so, so, so badly. Edge is one of the greatest heels of all time. His run, no matter where he was – as a tag team wrestler, as a World Champion, as a heel, as a babyface – it didn’t matter. He was just so fantastic.”

We’ll have to see if that match actually takes place. Edge would need to take a trip to NXT for a match, or Adam Cole would require a main roster call-up. Once Adam Cole is on the main roster it’s anyone guess how Vince McMahon would book him. It’s unlikely that McMahon would picture Edge vs Adam Cole as so many others do.