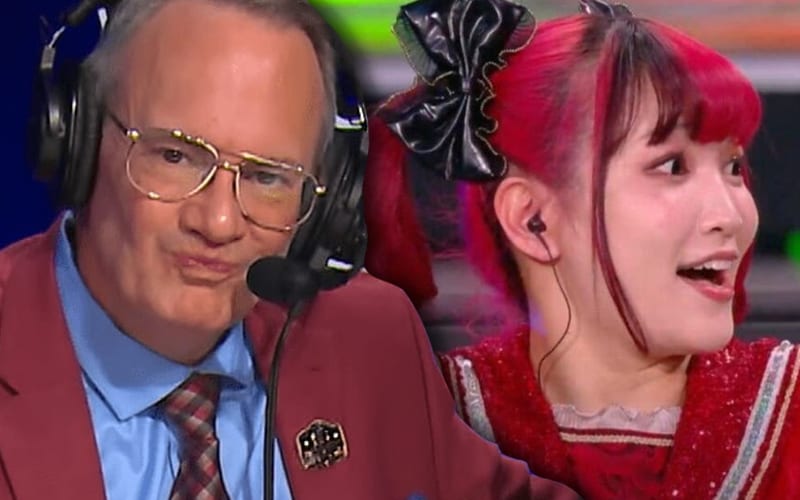 Jim Cornette and AEW newcomer Maki Itoh have already thrown some bombs at each other on social media. He had another one to drop after her performance on Dynamite this week.

Maki Itoh was supposed to use her microphone as a weapon on Hikaru Shida this week. Those shots were not stiff, to say the least. In fact, they didn’t appear to connect at all.

One fan tweeted out a clip of this little botch to Jim Cornette with a caption saying: “Look at those DEVESTATING head shots by [poo emoji] girl.” Of course, that was in reference to the beef that Cornette and Maki Itoh had over a nude photoshoot she did while covered in chocolate.

Cornette replied saying: “Those hall-of-fame-worthy wrestling champions over at All Friends Wrestling…..”

Obviously, Jim Cornette isn’t too impressed by Maki Itoh’s work in AEW so far. We will have to see if he eventually comes around.

wpDiscuz
25
0
Would love your thoughts, please comment.x
()
x
| Reply
Report this comment
You are going to send email to
Move Comment