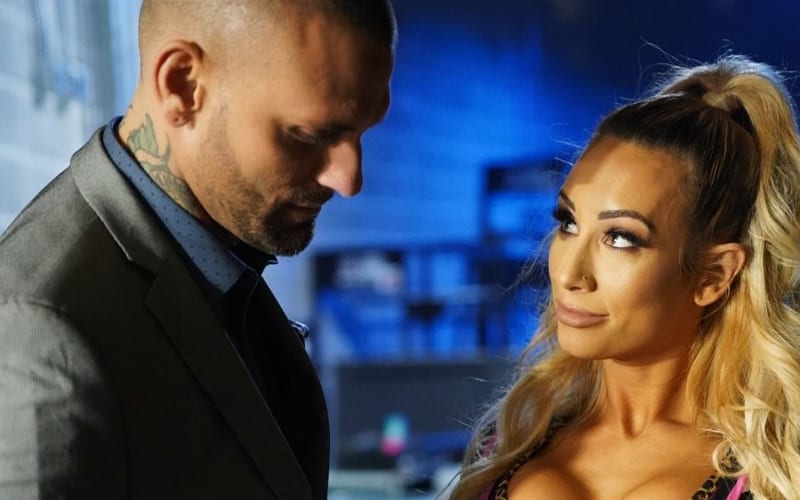 WWE Superstars need to travel around the country, and making flights is all a part of that experience. This resulted in a little issue for Corey Graves and Carmella recently, and they decided to air it out on Twitter.

Carmella tweeted out that Corey Graves has a tendency to show up way before their flight is supposed to take off. This is actually a smart travel strategy, but she still felt the need to grill him about it a little bit.

If there’s one thing I can always count on @WWEGraves for, it’s getting us to the airport with over an hour to spare before we board.

Corey Graves didn’t let that tweet set for long before replying to it. After all, she mentioned him and he was likely right there when she sent it. “As I follow your confident lead to the gate of a flight that we’re not booked on….” Graves replied.

We’ll have to see if they make their flight on time. It’s a good thing that they arrived so early because apparently Carmella took them in the wrong direction.