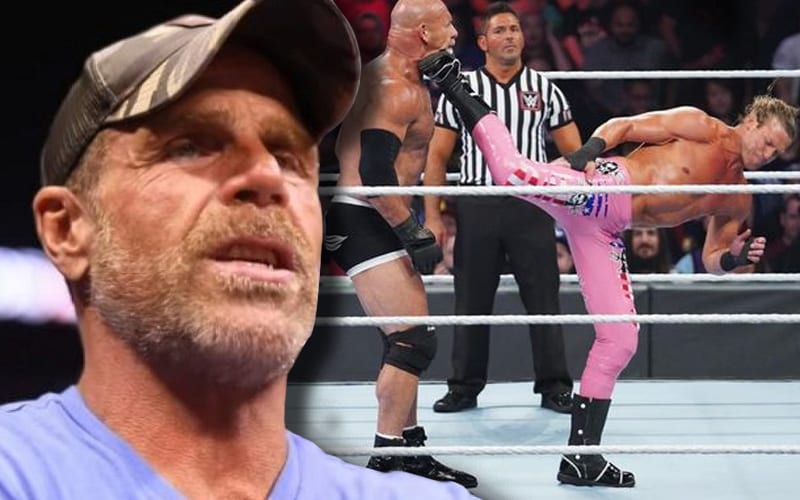 WWE sent down word that they don’t want Superstars slapping their leg anymore to sell strikes. They even posted signs all around backstage.

Vince McMahon got angry about leg slapping and now they’re not allowed to do it. That policy apparently stretches all the way to NXT.

While speaking to the New York Post, Shawn Michaels discussed the idea of leg slapping to sell a move. This is something he did with his Superkick for years. Now they must play the game differently.

“Clearly I look back and I go, OK I did it. I just did one. I’m always of the cloth, I can remember when I started people telling me too fast, too much, too this and there’s a balance there.”

WWE Superstars won’t be slapping their legs anymore. It is a hard habit to break, so it will be interesting to see if anyone messes up and slaps their leg only to end up with a fine and an earful from Vince McMahon backstage.