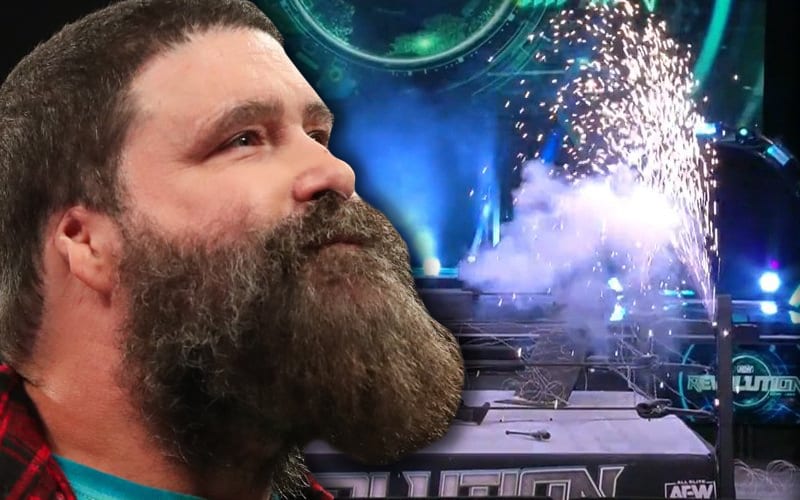 AEW Revolution was planned to have a lot of bombs going off, but they fizzled and the Daily’s Place crowd booed those duds. It was a very loud boo, and you can check it out here.

The company started coming after Twitter accounts that posted footage of the dud explosion. Mick Foley was watching at home, and he had to agree that it was not what they advertised.

Foley also feels bad for those wrestlers involved who had put on a great match up to that point. Hopefully, AEW learns from that big mistake. He also thinks they should trash the idea that it’s Kenny Omega’s fault in the storyline and admit to their mistake.

I’ve been there – at the 1995 KOTDM when the exploding ring underperformed.

I feel bad for Mox & Omega, but suggest that @AEW deep-six the Kenny built a crummy ring story, and just admit that mistakes happen…and will learn from this mistake.

We’ll have to see how AEW uses this dud explosion in a storyline. Tony Khan said they were going to work it into things, but that didn’t stop his company from coming after Twitter accounts and making them ax their videos, even if it was footage they took as a fan at the show.