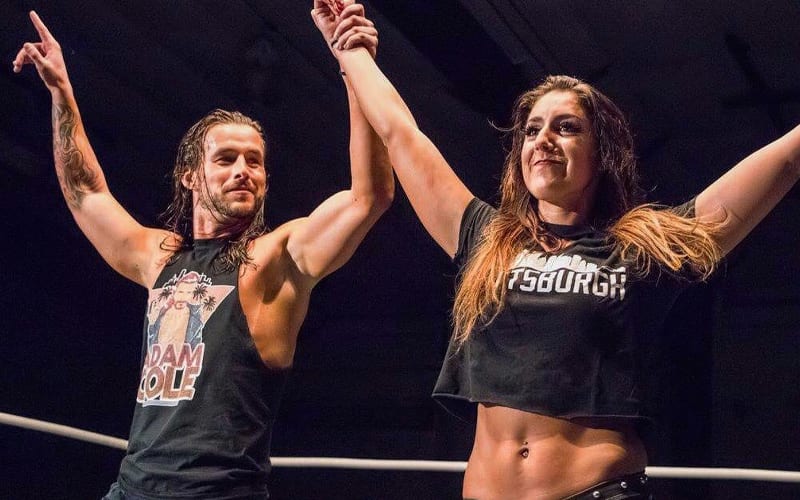 There are several pro wrestling couples out there. Britt Baker and Adam Cole have been together for quite a while, and they are very supportive of each other. Baker loves watching her former NXT Champion boyfriend, even if her intense worrisome reactions are meme worthy. She’s still a tough woman, especially at home.

DAZN recently spoke to Adam Cole about his relationship with Britt Baker. He was asked who is the real heel in the relationship. In the end, it’s not the former NXT Champion, because Dr. Baker runs the house.

We’ll have to see what’s next for this couple. Company lines keep them apart, but they still seem very happy at home. Things are much better for Adam Cole if he keeps in line and doesn’t upset Britt Baker as well.