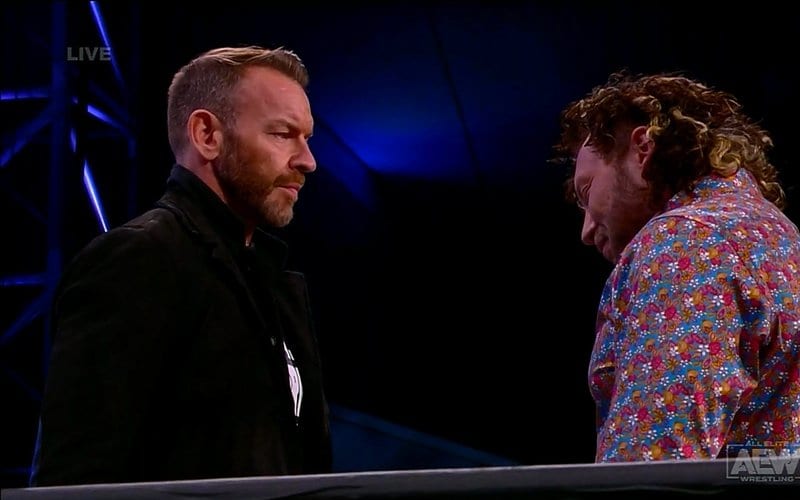 Christian Cage was AEW’s big guest signing at Revolution, and he got things started in a big way this week on Dynamite.

Tony Schiavone was set to interview Christian Cage this week on Dynamite. Then Kenny Omega came out with Don Callis and the Good Brothers. They hijacked the segment and mocked fans who were expecting a big bomb at Revolution.

Eddie Kingston came out and squared off with Omega. Callis brought up why he fired King from Impact Wrestling, and then they did a countdown from 10 to mock Kingston. While they counted down, Kenny Omega and Don Callis 69’ed in the middle of the ring.

King brawled with them next and then another counter started when Eddie ran off the Good Brothers. Christian Cage then came out and squared off with Kenny Omega. They had some words and then Omega tried to strike him. Cage reversed the attack and tried to hit the Unprettier, but Omega got away.

Before the segment ended, Christian picked up the AEW World Title and looked at it closely. It appears that Cage is going right to the main event scene.