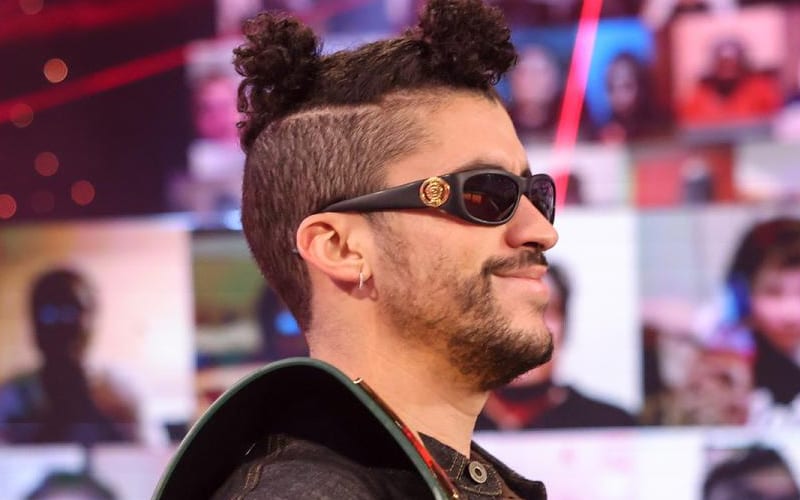 Bad Bunny’s WWE arrival came with quite a bit of attention, and he also sold a ton of merchandise. The company had plans for the famous rapper at WrestleMania as well. Some people aren’t a fan of his booking.

While speaking to Wrestling Inc, former WWE referee Jimmy Korderas stated that WWE hasn’t capitalized on Bad Bunny as much as they could have. He performed on SNL with the WWE 24/7 Title, but there was no title change as some fans expected. There are also some other questions in the company’s booking decisions.

“I understand that apparently he’s bringing in some monetary value in regards to merchandise, at least I read that somewhere,” Korderas said. “That being said, here’s a guy that wins the 24/7 Championship. They had an opportunity, like everybody was excited that he was going to be on Saturday Night Live. What if they do something there, like if R-Truth shows up? That would’ve been a perfect venue for him in my opinion. R-Truth is custom made for that. But like, is [Bad Bunny] a babyface? Is he not? He’s hanging with Damian Priest, but he’s hiding behind him at the same time. I don’t know.”

“I’m not a big fan of celebs with titles unless it looks like a celeb who can handle themselves. I’d slap Miz like that too if I had Damian Priest behind me. My concern is just that this is going to take away from Damian Priest by just having [Bad Bunny] by his side constantly.”

Bad Bunny will have a big week with the Grammy Awards. We will have to see if WWE’s 24/7 Title gets more of a spotlight around the famous rapper’s shoulder. Bad Bunny is having a great time in WWE, but that doesn’t mean everyone is 100% here for it yet.

It is still expected that Bad Bunny and Damian Priest will team up against The Miz and John Morrison at WrestleMania 37.