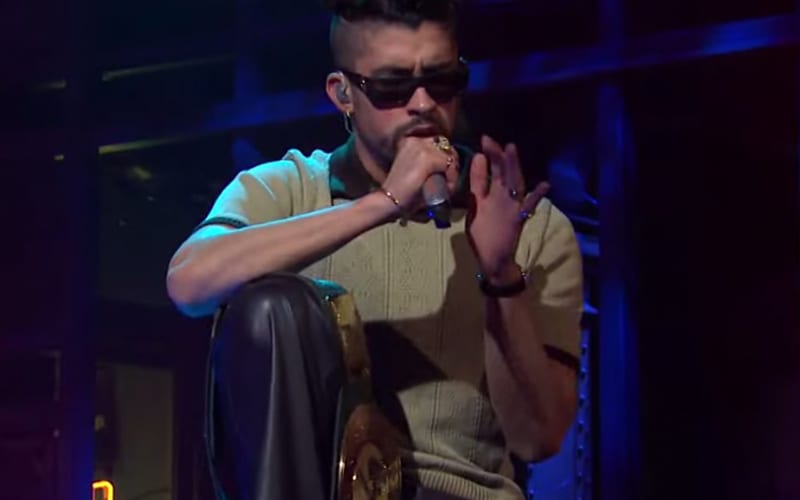 Bad Bunny is the WWE 24/7 Champion and he was the musical guest on Saturday Night Live this week. Fans wondered if Bunny would lose his title on live television, but that didn’t happen. He did still bring out his title for all to see.

The famous rapper performed “Te Deseo lo Mejor” on SNL, and he had his WWE 24/7 Title with him the entire time. Bad Bunny sat on steps in the middle of the stage and rapped with his title in his lap.

This was a relaxed performance for Bad Bunny, but he kept a tight grip of that title. As you can see, he’s not letting it go so soon.

We’ll have to see how long Bad Bunny can carry that WWE 24/7 Title. Champions typically don’t hold the belt for long. It was pretty cool to see him represent WWE in this way. You can check out the video below.