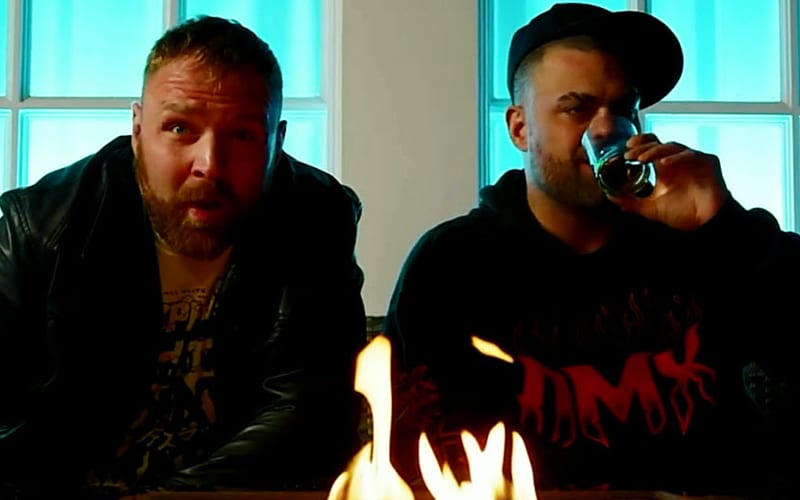 AEW Revolution’s exploding barbed wire deathmatch had no real explosion at the end. It was a mess and trolled relentlessly online by fans. The company addressed it this week.

Eddie Kingston and Jon Moxley appeared in a video promo during Dynamite this week. Kingston started out to explain why he sold the “explosion” at the end of the match.

“The big explanation everyone wants to know about. It’s a little embarrassing, but I’m me. When I went into that ring and covered my friend thinking there was gonna be this big explosion and all these fireworks, I caught a flashback to the last time I had this anxiety.”

Kingston said the last time “I had this kinda panic and I couldn’t breathe” was when he was in his jailcell and the prison guards were taunting him. He said fans can make fun of him if they want to, but he’s not talking to them. He was talking to those who understand where he’s coming from.

That is how AEW explained why Eddie Kingston remained in the ring and sold the “explosion.”

Jon Moxley then asked if Impact Wrestling paid for the bombs that were supposed to go off. He was in an exploding barbed wire deathmatch with no explosion at the end. The two then transitioned back to Kenny Omega and the Good Brothers.

Moxley said he wanted to see a bomb go off, but at least they wrote themselves out of it.