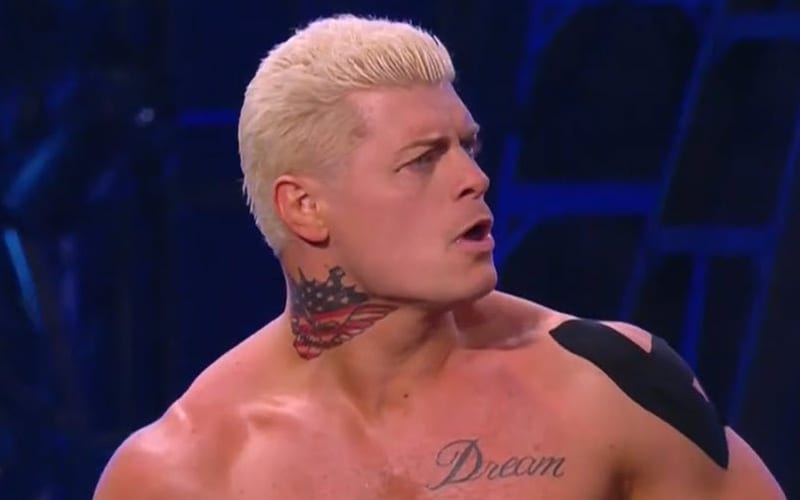 AEW Dynamite and WWE NXT have the Wednesday Night Wars, but that’s about to come to an end. It is highly expected that they will move to Tuesdays on the week after WrestleMania. This move is in preparation for the NHL moving in and it has nothing to do with AEW. It could still provide a big opportunity for Tony Khan’s company.

While speaking to Action Sports Jax, Cody Rhodes brought up NXT’s move. He said that AEW has “destroyed” them for over a year, and now they are moving on. This could bring a brand new viewership to All Elite Wrestling as well.

“We have destroyed them for over a year now in that space. Them leaving, perhaps that opens up a different viewership for us on Wednesdays. We’re not reactionary to their booking and won’t change anything we do with what they decide to do on Wednesdays. There are a lot of smart people who work for WWE and perhaps they are planning something else, maybe it’s Wednesday Night Raw for all I know. I’m not assuming their white flag, moving to Tuesday nights, is a true white flag. I’ll wait and see. In the interim, we’ll continue to come up with new content, great stories, and make new kings and queens on our roster. If you’re ever backstage at AEW no one is talking about our competition.”

AEW could very well reach 1 million average weekly viewers by the time everything is said and done. Those pro wrestling fans might tune over to TNT on Wednesday nights, regardless of demographic. We will have to see what the future brings, but NXT’s move to Tuesday nights will certainly give fans a broader opportunity to enjoy pro wrestling content without having to choose.