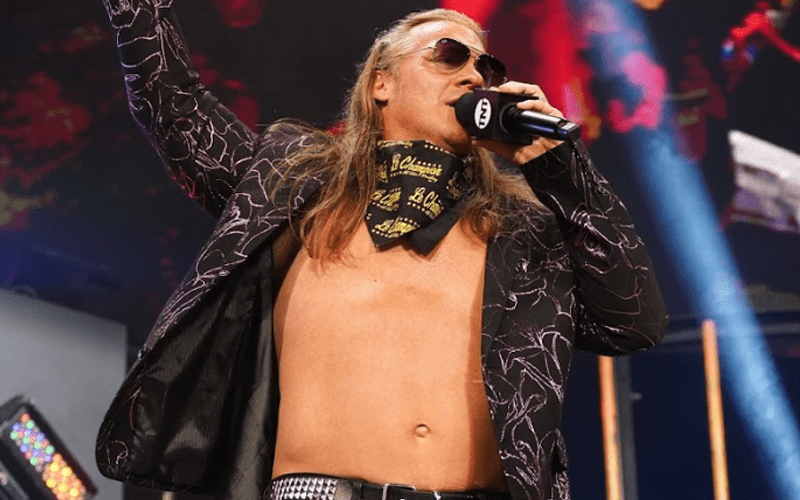 While speaking on the latest episode of his Talk Is Jericho podcast with MJF, Le Champion talked about the upcoming AEW World Title match featuring Moxley and Omega.

Jericho revealed that he hopes Moxley and Omega ”explode” during the match so that a tournament can be held for the AEW World Title.

“I’ll tell you something else, this weekend, another huge match is the Exploding Barbed Wire Deathmatch, you know I hope Moxley explodes. And, you know what I hope Kenny explodes and then we can have a tournament for the world title too.”

There is no doubt the match will be an extremely brutal and violent affair, perhaps surpassing their Lights Out Match at Full Gear 2019. Chris Jericho might just get his wish.