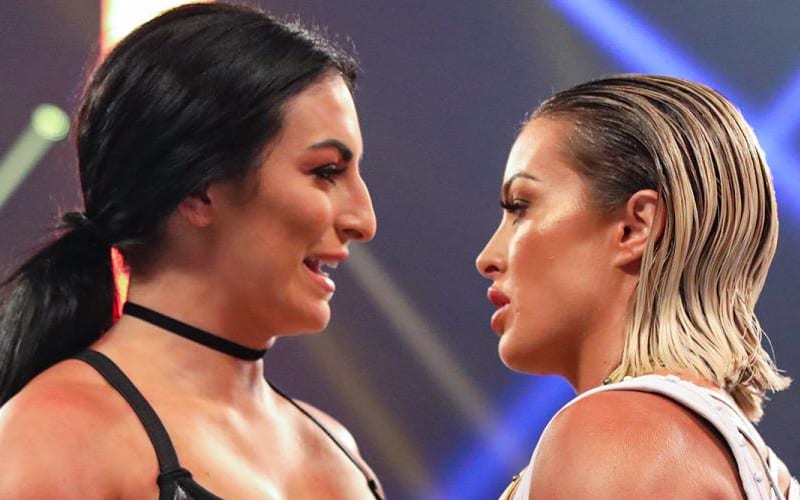 Mandy Rose and Sonya Deville were in a spotlight feud going into SummerSlam. Rose won their loser leaves WWE match, and then Deville took off. Since then, things have changed considerably.

Rose was moved to the RAW brand, but then she was teamed with Dana Brooke. The two have really failed to find much footing since then. On the other hand, Sonya Deville surprised everyone by returning early where she was put in an authority role.

While talking to WWE The Bump, Deville was asked how she feels about Mandy Rose’s new partner.

“Mandy always holds a special spot in my heart. I think she is incredible,” she replied. “I think that she is strong, talented and beautiful. I think she is a triple threat.

“Dana Brooke as her tag team partner? It’s not Sonya Deville, c’mon. But they have a little vibe going on. They both are very fit and are very strong; both of them are beautiful. I like it. They don’t have the dichotomy that me and Mandy have. But they’re doing their thing.”

We’ll have to see if Fire & Desire have a reunion down the line. It makes sense that they will meet again, because WWE is only so big. In the meantime, Deville will be watching her former partner and cheering her on no matter how much television time she’s getting.