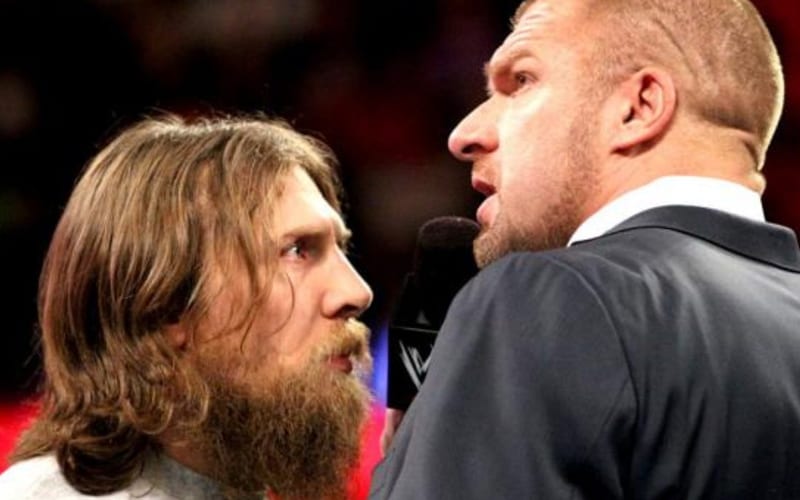 WWE can have a lot of things going on backstage and sometimes it directly affects what is going on in the ring.

According to Mike Chioda, Daniel Bryan was very angry at Triple H over WWE cancelling one of his matches mid-way through. As Chioda told Wrestle Zone, Bryan had a confrontation with The Game over it.

WWE decided to cancel this match because Bryan sustained a possible injury, but that wasn’t a good enough reason for him. Bryan stormed out after the confrontation with Triple H and things apparently weren’t pretty.

“The confrontation I remember, he got in with Triple H at the Gorilla position. Daniel Bryan got hurt and they made me call the match. I kept asking Daniel, I said, ‘Daniel, you okay, brother? You okay?’ ‘I’m good, Chioda. I can finish, I can finish.’ I said, ‘You sure?’ I say, ‘He’s alright,’ but they canceled the match when it came from up in Gorilla and I remembered he stormed out so hot.”

WWE made the call to cancel that match mid-way though, but Bryan wasn’t happy about it at all. There was nothing he could really do as the damage to the match had already been done as WWE was being super careful about his health. It still left him pretty upset in the moment.