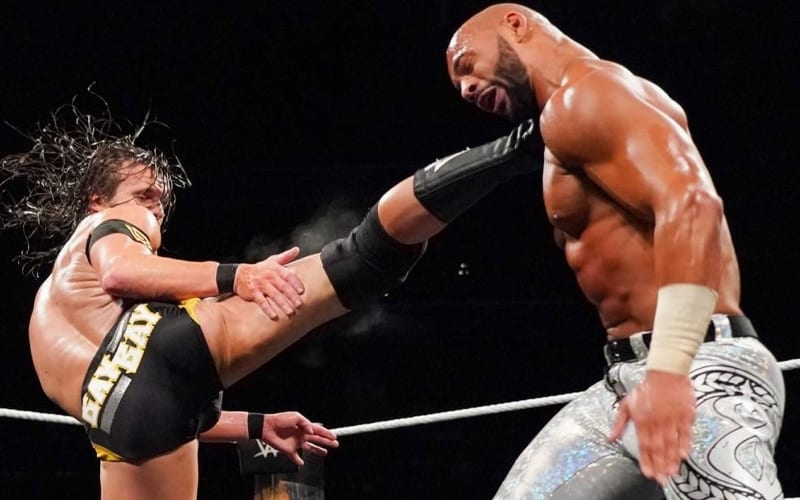 WWE Superstars are now more restricted in regards to what they are allowed to do in the ring. Now they can apparently no longer slap their leg.

Randy Orton has given grief to indie wrestlers over slapping their leg in the past. This is done to give more importance to a strike, but a lot of people use it all of the time. It tends to lose its value after awhile. Now WWE is ready to hand down fines for doing it.

The Wrestling Observer Newsletter noted that there is a story going around that WWE is now fining Superstars for slapping their legs. It might be interesting to pay attention to that from now on.

There was a story going around that WWE was fining wrestlers for “thigh slapping” when throwing kicks for sound effects, a practice that has been in wrestling as far back as I can remember.

It is reported that a memo was sent down to NXT about the practice. Then “nobody has said a word about it since.” We will continue monitoring this ongoing story as more information is made available.