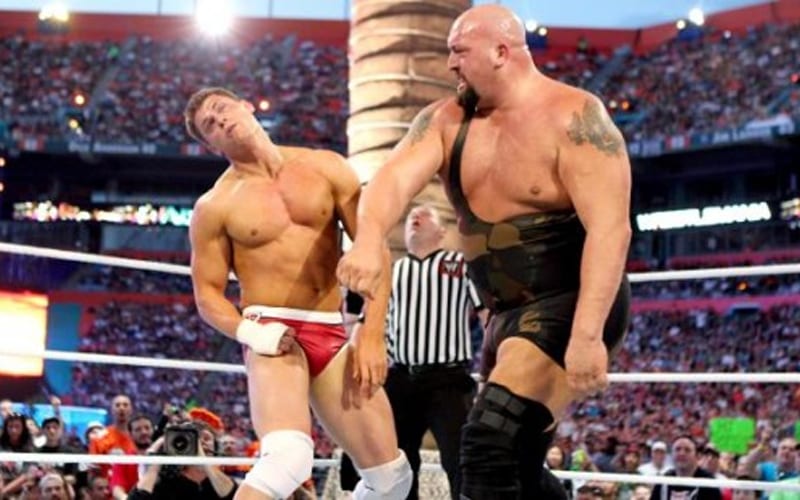 Paul Wight signed with AEW where he will be a commentator on AEW Dark: Elevation. He will also wrestle some as well. Cody Rhodes is very exciting for this acquisition because he knows how much the former Big Show has left in the tank.

While speaking to Wrestling Inc, Cody Rhodes said that there are matches left in Paul Wight, but it’s unclear how much he will wrestle at this point. He said that Warner Media gives AEW a great platform and now Paul Wight will be able to give what he can for the business, and he’ll be doing in in AEW.

“I do think there is a match, or two, or three or four, and that’s just me personally because I know he’s still able to go at a high level, but from a management standpoint, I’m most excited about him just being in our locker room and being seen because we have so many young people who are now all of a sudden famous. Nobody knew who Britt Baker, Sammy Guevara, MJF or Ricky Starks really were a few years ago, and now they are emerging on cable and across Warner Media. They’re the future of wrestling. They’re all very important to me, and someone like Paul, not unlike how Sting has been, is really good to keep people grounded, to keep things in perspective. Paul Wight has more to give, and he’s going to give it. He’s going to give it to AEW, so I’m very excited to see that.”

We’ll have to see what’s next in this situation. Cody Rhodes might eventually want to avenge his WrestleMania 28 loss.

Paul Wight’s Dynamite debut came with an even bigger announcement that the company is bringing in another “hall of fame worthy” talent. This person will ink a deal at AEW Revolution this Sunday. We will have full coverage of the event right here at Ringside News.