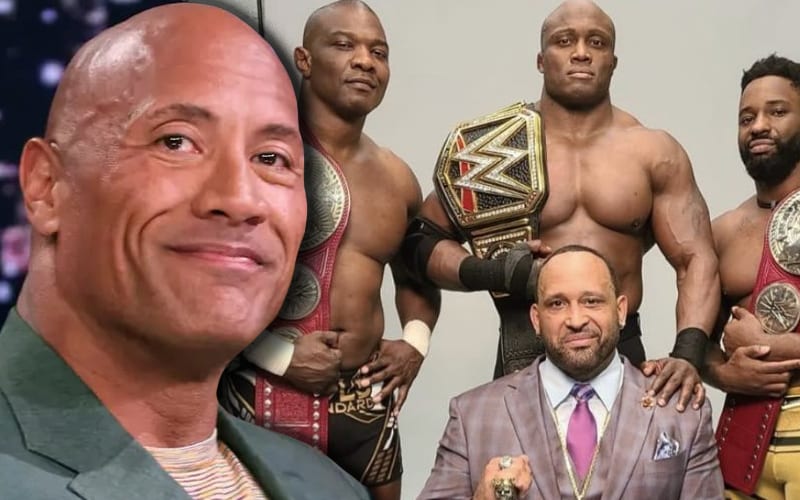 Bobby Lashley is WWE Champion and The Rock took notice.

Abdulmalik, who once called out John Cena for jacking his work, posted a great piece showing Bobby Lashley, Kofi Kingston, and The Rock as WWE Champions. A young boy stood on the sidewalk looking up at an image of them on the wall with his own toy WWE Title raised high. This photo generated a lot of attention.

Then one fan chimed in saying: “Everything doesn’t always have to be a race thing. That’s kind of what we’re trying to steer away from and you’re doing the opposite.”

MVP saw this come up in his mentions, and he replied to shut down this line of thinking: “No. He’s not. That is a beautiful statement about representation and inspiration. It means something when your heros look like you.”

The Rock also replied. He expressed pride in The Hurt Business for doing their thing and representing in the process.

Well said, brother. You guys are doing GREAT. Very happy for all of you. Very proud, too. Representing

Bobby Lashley made history with his WWE Title win, and it meant a lot to many people out there. We’ll have to see how his road to WrestleMania turns out, but he’ll be doing it as a champion.