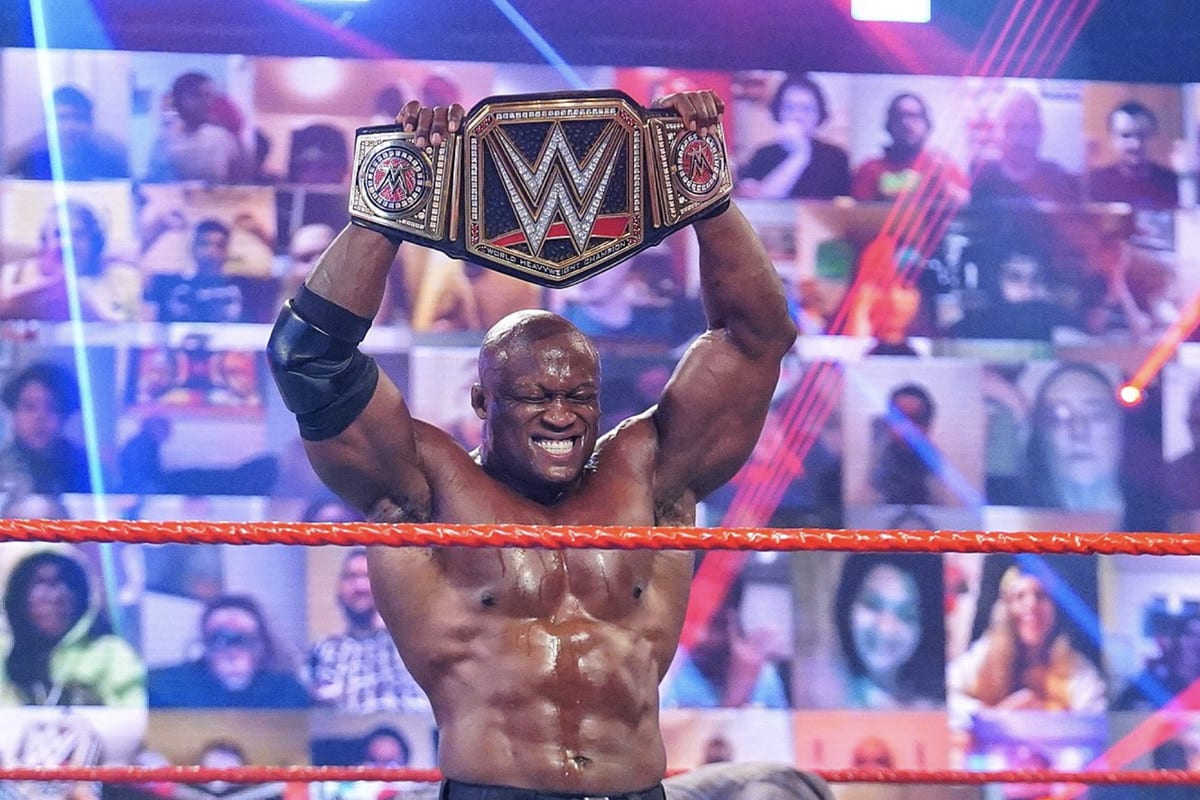 There was a lot of momentum behind Bobby Lashley, going into his WWE Championship match against The Miz on this week’s episode of Monday Night RAW. Despite The Miz’s best efforts to escape with his WWE Title, it was all in vain once Bobby Lashley finally got his hands on him.

When all was said and done, Lashley applied the Hurt Lock on The Miz and he promptly tapped out, securing Lashley’s massive win. Bobby Lashley became the WWE Champion for the first time in his career, much to the delight of fans everywhere.

Lashley’s 17-year-long journey finally came to an end as he reached the summit of the company. WWE released an exclusive video of The Hurt Business celebrating Bobby Lashley’s huge title win.

MVP was especially ecstatic at his win, as he told Lashley that the only thing that matters is that Lashley believed in himself and no one can take the title away from Lashley.

Benjamin told Lashley that he is unstoppable, unbeatable and unbreakable. The video ended with MVP saying Lashley will be paying for celebratory drinks.

With Lashley now becoming the WWE Champion, it is very likely we will see him clash with former WWE Champion Drew McIntyre at WrestleMania 37.