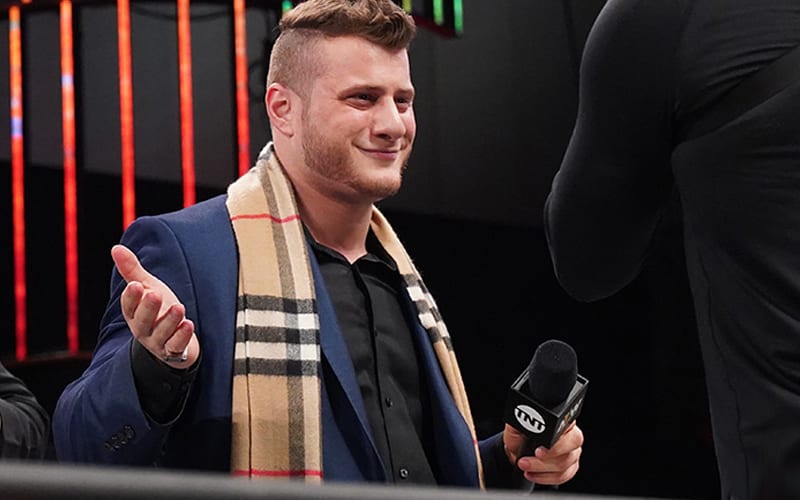 MJF remains one of the best heels in the professional wrestling world currently. A big reason for that would be him never breaking character, be it inside or outside the squared circle.

MJF has also been accused of taking it too far when it comes to not breaking kayfabe, particularly an incident regarding a wheelchair-bound child at Starrcast III.

While speaking on his ARN podcast, Arn Anderson talked about his reaction when he first saw MJF at the aforementioned Starrcast event.

Anderson was in disbelief at the amount of freedom MJF was given to express his heel character. He was also shocked at how MJF mocked a wheelchair-bound child.

“I couldn’t believe he was given Carte Blanche to do it. Now listen, I’ve said some iffy things to people over the years, but when the kid rolled up there to the podium in the wheelchair, and he said to MJF, ‘how are you doing?’ And he looked at him and went, ‘Better than you.’ I swallowed my teeth. This is a kid in a wheelchair. And, woo! I think that says everything that you need to say.”

MJF and Chris Jericho are scheduled to compete against The Young Bucks at AEW Revolution for the AEW World Tag Team Titles.