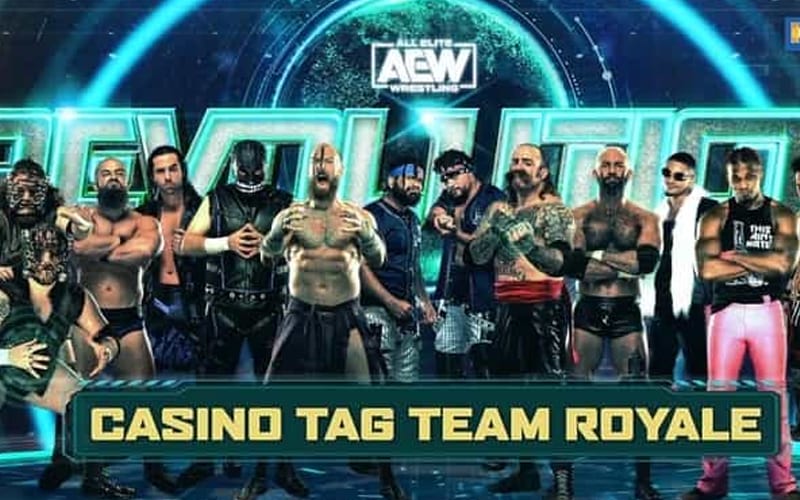 AEW’s next pay-per-view AEW Revolution will be taking place on March 7th and the card looks to be a stacked one to say the least.

It has eight matches on the card and that includes the Casino Tag Team Royale match. The team that becomes victorious will receive a future title shot at the AEW World Tag Team Championships.

Now the company has officially announced the rules for the Casino Tag Team Royal match. The match’s order will be determined by a lottery, and so two teams will start the match.

A new team will be joining the match at every 90 second interval, with a team being eliminated only after both members are thrown over the top rope.

Here are the rules below:

* Order of the entry is selected by lottery.

* Every 90 seconds a new tag team will enter the match

We will have to see which team ends up winning the match.