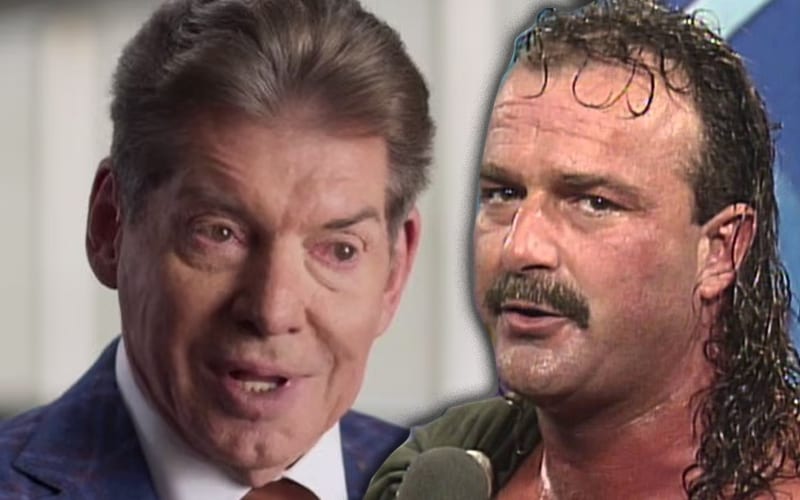 Vince McMahon books his television show the way he wants it to be produced. Sometimes that means take a talent far outside of their comfort zone. That is what happened when Jake Roberts, who was battling alcoholism at the time, had whiskey poured down his throat by Jerry Lawler.

While speaking to Inside The Ropes, Roberts didn’t hold anything back. He called both Vince McMahon and Jerry Lawler “assholes” for setting him up in that 1996 angle where they had bourbon poured all over him.

“Well, I thought it was a horrible thing for McMahon to ask me to do,” said Roberts. “It was cheap, it was disrespectful, it didn’t prove a damn thing other than the fact that Vince McMahon’s an asshole, so there you go. Lawler, he’s in the the same boat. Both assholes.”

Vince McMahon has written plenty of angles that poke at a Superstar’s real battles with addiction. Jeff Hardy’s recent bar fight storyline with Sheamus comes to mind. This isn’t a new thing for Vince McMahon because he is obviously not ashamed to bring up a talent’s real personal demons, especially if it adds an uncomfortable element to the angle.