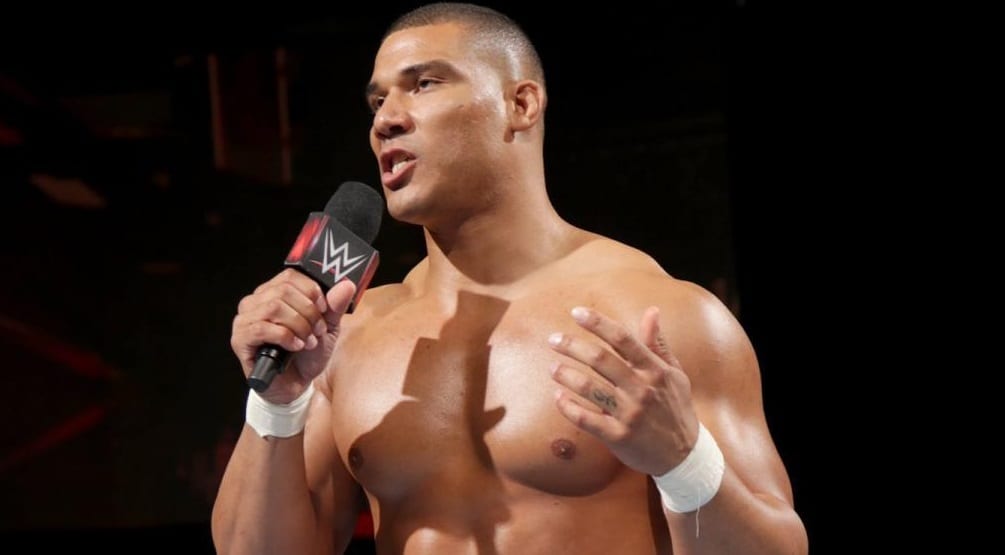 Jason Jordan is no longer wrestling for WWE, but he is still around as a backstage producer. The company had big plans for the former American Alpha member before he was taken out of action.

Jordan’s last match was in January 2018 when he lost the RAW Tag Team Titles, which he held with Seth Rollins, to Cesaro and Sheamus. That match might be his last, but there’s always hope that he will wrestle again.

During the Kurt Angle Show, the Olympic Hero spoke about his kayfabe son. The two were paired up in a father/son storyline that never really got a payoff. Angle said that WWE had main event plans for Jordan prior to his injury.

“I was excited because I wanted to pair up with Jason and Chad when they were tag team partners,” Angle said. “I wanted to wrestle and I wanted to be the world champion and have them be the tag team champions just like Team Angle. I thought it made a lot of sense and they decided that I was going to have an illegitimate son and they weren’t sure who it was going to be. They decided to pick Jason over Chad, I’m not sure why, it might have been a politically correct move.”

“I was happy, I was excited about it because Jason was improving. He was on his way to main event status until he hurt his neck, that’s when the program ended. I was stuck high and dry without a partner for the next WrestleMania [35] because that’s who I was going to wrestle was Jason.”

Kurt Angle is no longer with WWE, but he would certainly be happy to see Jason Jordan make a return to the ring. He is still with WWE and working backstage to help create content for the company in a different way. It still doesn’t change the fact that his career was cut drastically short by a terrible neck injury.