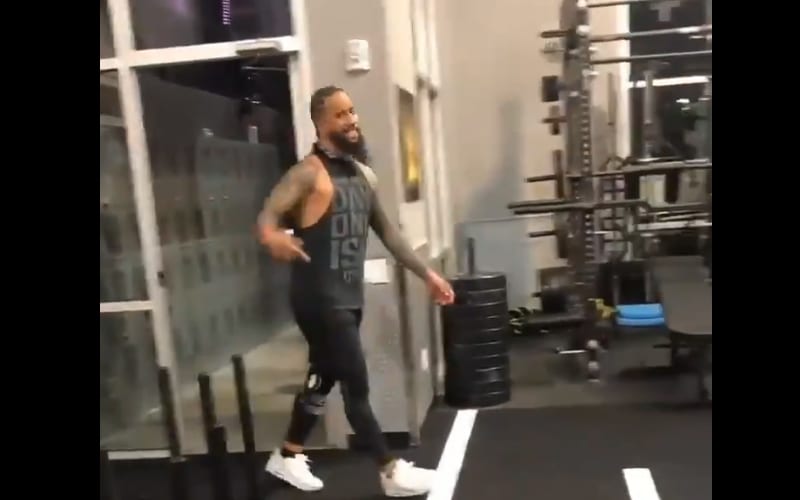 Jimmy Uso has been out of action with a knee injury since May of last year. This was first exclusively reported by Ringside News. Now Uce is preparing for his return to the ring.

Uso appeared during his brother Jey’s storyline with Roman Reigns when he was battling the Tribal Chief. The former tag team champion is training hard to get back to action, and new video proves that.

Jey Uso took to Instagram recently to show off a couple videos of his twin brother training for a return. At this time, we have no concrete information about when Jimmy Uso is expected back, but this is certainly a good sign.

The road to WrestleMania is a great time to make a return. If WWE can add the Usos back to the tag team picture then things could get very interesting from this point on.