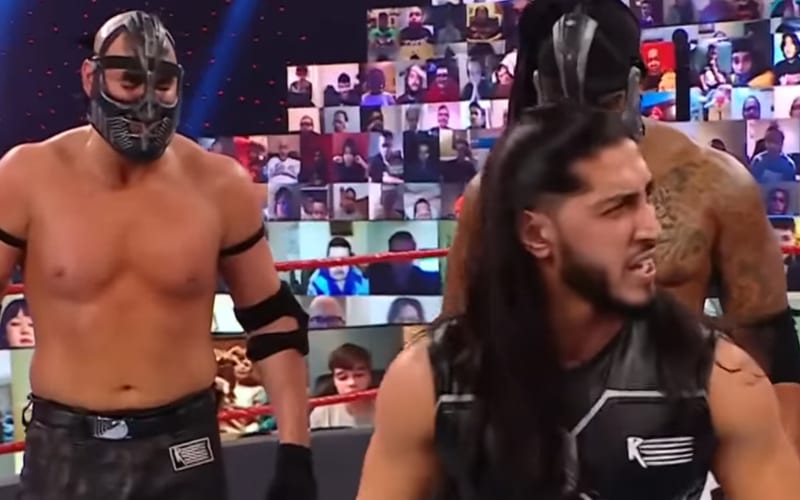 WWE’s stable of invaders haven’t been very successful with their mission to destroy WWE from the inside. The stable continues to lose on RAW, and the frustration is mounting within Mustafa Ali. This week on RAW, he ended up yelling at his faction once again after they suffered a hard loss.

Factions can’t stay together forever, and it appears that WWE could be moving toward a breakup for Retribution. They can’t seem to get on the same page at all. During Wrestling Observer Radio, Dave Meltzer discussed a possible direction for Retribution, and it might spell the end of the group.

“They may be done. They may be splitting that whole group up the way it looked tonight. I wouldn’t be surprised. It’s not like this group has caught fire or anything.”

Retribution was a faction that Vince McMahon came up with and then they figured things out every week until it was time to give the faction masks and names. Now after losing like this and suffering a browbeating from Mustafa Ali, it looks like there are some major cracks in the stable. It might only be a matter of time before the entire stable implodes.