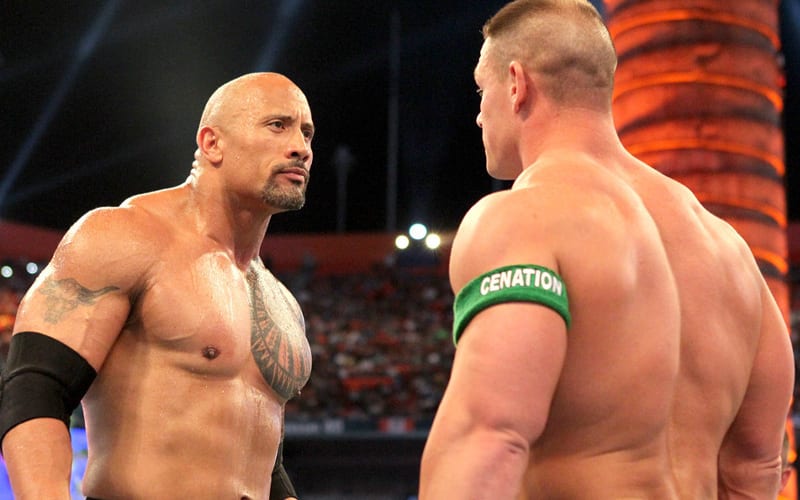 The Rock is a legend in the world of professional wrestling and last competed inside the squared circle back at WrestleMania 29, where he lost to John Cena. The year prior to that, Great One actually defeated Cena at WrestleMania 28, in the match that was touted as being ‘Once in a lifetime.’

Chioda revealed that Cena was unhappy about losing to The Rock and didn’t want to ‘job to’ him as Cena was the face of the company for several years at that point, working his tail off every day.

“I’ve always admired the Rock over the years in working with him, and then, Rock set me up to be the referee for that match when he came back with Cena.”

“And I was like, awesome. Had this match, you know, Rock wanted me to do it and everything, and I think Cena had a little bit of a problem doing the job as here is Cena, carrying the torch for the last ten years I think at that time, and he was busting him a** day in, day out. And here comes The Rock back after so many years of being in Hollywood, and he’s got to job out to The Rock? Well, of course, the show is in Miami. The Rock is a big Hollywood Superstar now, and I think there was a little heat there. I think there was a little dissension. But, you’ve got to go where the money goes. I mean, they put Rock over, and I was happy about that. I was like, yeah, you know.”

John Cena is now currently busy with a very hectic schedule in Hollywood and is not going to appear at WrestleMania 37.