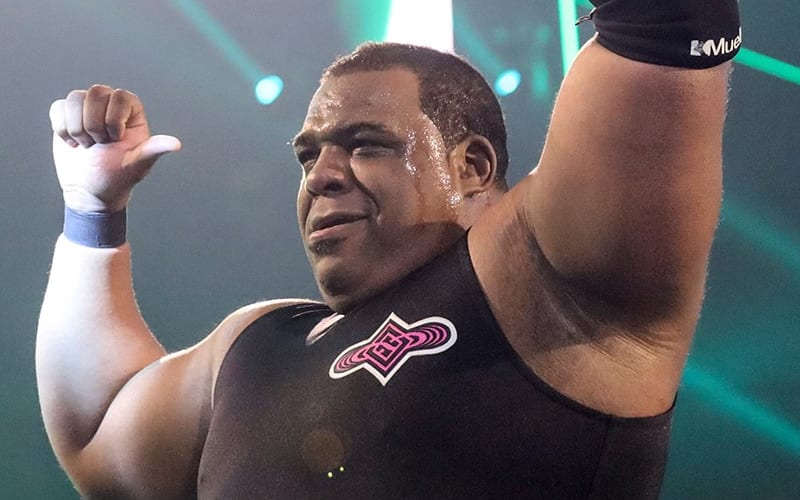 WWE is holding their Elimination Chamber pay-per-view tonight, and there was some concern about the United States Title match. Bobby Lashley was set to defend his title in a triple threat match against Riddle and Keith Lee, but the Limitless Lee’s status was questionable.

Click here for the latest about how Vince McMahon feels about Keith Lee.

The company went ahead and promoted Lacey Evans vs Asuka for Elimination Chamber even though that match isn’t happening. Then they pulled a tweet advertising the match is going down.

WWE also sent out a tweet to promote the United States Title match at Elimination Chamber, and it remains unchanged. The tweet plainly said that the US Title will be on the line in a triple threat match. Lee was a part of the graphic alongside Lashley and Riddle.

We’ll have to see what WWE ends up presenting when the pay-per-view rolls around. Right now it seems to be a very confusing situation.