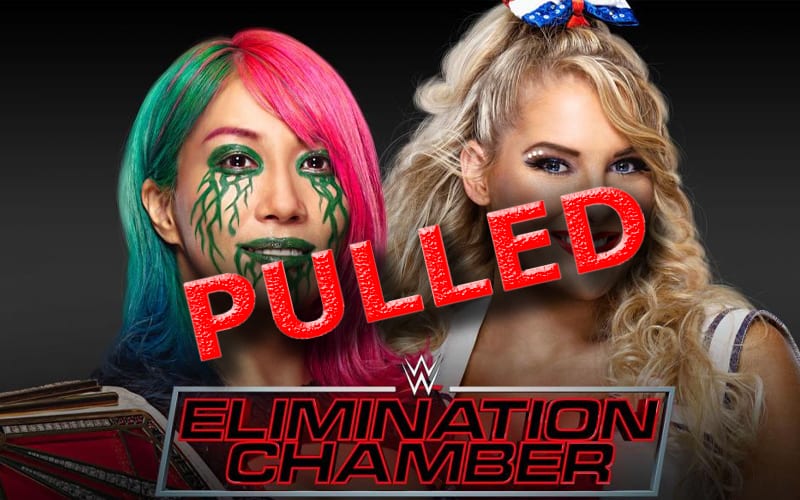 Lacey Evans announced that she is pregnant during WWE RAW this week. That surprised a lot of people, and it is Ric Flair’s child in the storyline. Evans is really pregnant and unable to compete, but that didn’t stop WWE from promoting it.

Ringside News called attention to the fact that WWE sent out social media blasts this morning to promote the RAW Women’s Title match at Elimination Chamber. This caused a lot of fans to wonder what is going to happen at the pay-per-view.

WWE has now taken the tweet down that advertised the match. An Instagram story asking fans who will win between Asuka and Evans is still up.

It is very interesting that WWE nixed the tweet about tonight’s Elimination Chamber. They might have had a sudden change of heart when it comes to promoting a match that they know isn’t going to happen.