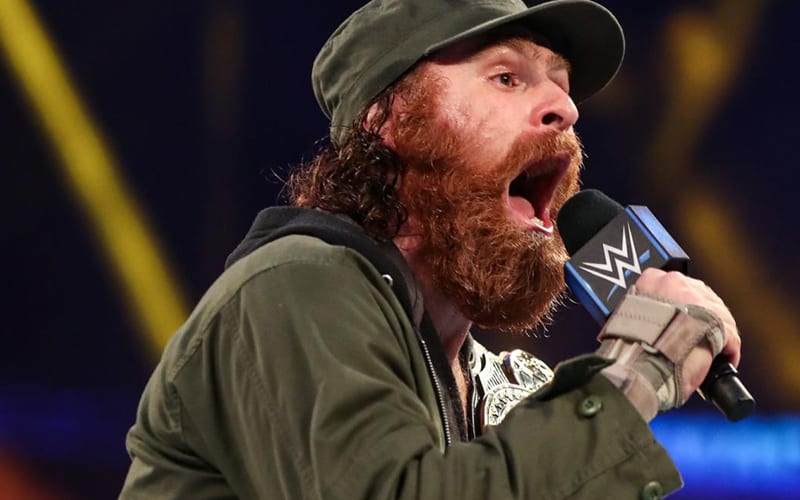 The COVID-19 pandemic took over the entire world since last year and that includes the world of professional wrestling. Several pro wrestlers tested positive for the virus and it remains a period of uncertainty.

While speaking to Sportskeeda, former Intercontinental Champion Sami Zayn talked about how he was affected by the pandemic. He discussed taking time off from the company after WrestleMania 36 and how it was a very difficult decision for him.

Zayn said that wrestlers are hardwired not to say no and have a lot of pride. Zayn mentioned how hard it was for him to tell Vince McMahon Zayn couldn’t come to work.

“Wrestlers are already hardwired not to say no, you give me a task and I’m gonna nail it, that sort of… there’s a pride to the performer in that. So, anytime, you opt out of something, it’s already difficult enough, and then on top of it, on the biggest stage imaginable.”

“I mean, I would have trouble turning down independent bookings for 200 bucks, let alone, telling Vince McMahon, I can’t come into work, it was extremely, extremely difficult for so many reasons.”

Sami Zayn is scheduled to compete in the Smackdown Elimination Chamber match this Sunday. If Zayn wins, he will become the #1 contender for Roman Reign’s WWE Universal Championship.