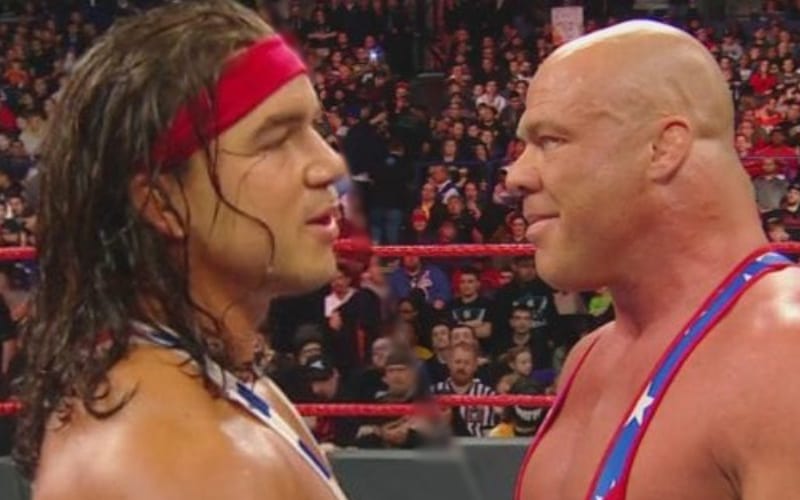 WWE has plenty of Superstars on their roster who fans would love to see get a better spotlight. This is certainly the case with Chad Gable. Kurt Angle has to agree that WWE isn’t using Gable to his full potential.

During the Kurt Angle Show podcast, The Olympic Hero said that if WWE will take the restraints off of Gable then he is certain to be a big star. If they continue using him in the current way then it might not work out so well for him as history has shown.

Chad has been underutilized, and I believe it’s his size, even though he’s as strong as an ox. He does a deadlift German with 300-pounders and it’s impressive. To do something like that, that’s a talent you want to utilize. He’s the real deal. He might not look that big, but his strength, technique, and ability show in those matches. If you put reigns on the kid, he’s not going to succeed, but if you let him go and let him do his thing, he’s going to be a huge star. Someday, they’re going to utilize him correctly,” said Angle. “People get injured, main event wrestlers especially because they are putting in the most work. Eventually, he’s going to get called up into a spot and he’s going to blow their minds and they’ll keep him in that spot. It’s going to happen eventually.

Kurt Angle later added, “I think Chad Gable is going to get that chance. All wrestlers eventually do unless they end up quitting or get fired.” We’ll have to see what the rest of the story is for Chad Gable in WWE, but he certainly hasn’t lit the pro wrestling on fire as many believe he can.