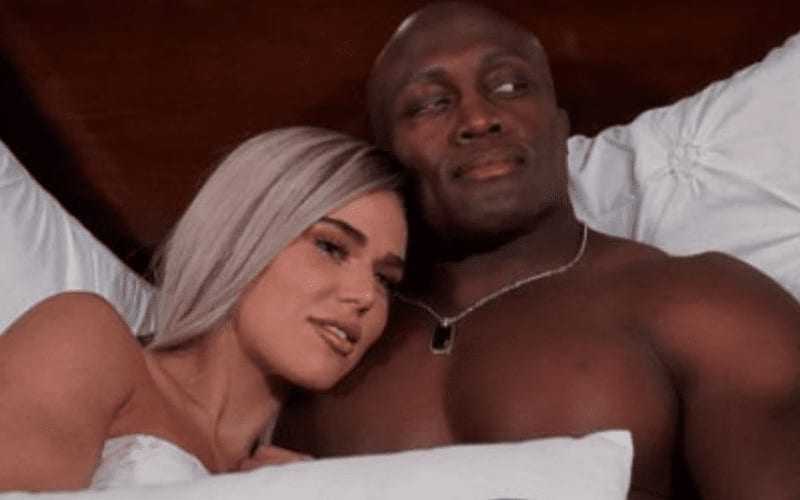 Bobby Lashley and Lana had one of the hottest angles going into 2020, but then it fizzled after a botched wedding angle. There was a time when everyone was talking about their angle, and they “broke the internet” in Lana’s eyes.

While speaking to talkSport, Lana went into her angle with Bobby Lashley. They trended on social media and caused a lot of controversy in the process. Some fans were even convinced that there were real marital problems between Lana and Miro. That angle was very popular, and it wasn’t even for a title.

“I think we broke the internet and cracked mainstream media. A bigger thing that I think is very important to have on WWE television, and I know a lot of people might disagree with me, is I do think it’s important to have romantic angle, relationship angles, soap opera angles. We have so much WWE programming every week. What is it, nearly 10 hours of network television? It can’t all be for the title. It can’t just be about being an in-ring competitor, it’s got to be about relationships stuff as well.”

Lana and Bobby Lashley also received some backlash for that angle that they never wanted. Some fans hurled death threats their direction.

We’ll have to see if Lana can recapture that fan interest. She had a run of breaking announce tables going up to Survivor Series, but that didn’t pay off for her. That TLC match was also taken away. Now she is paired up with Naomi and fighting for another chance.