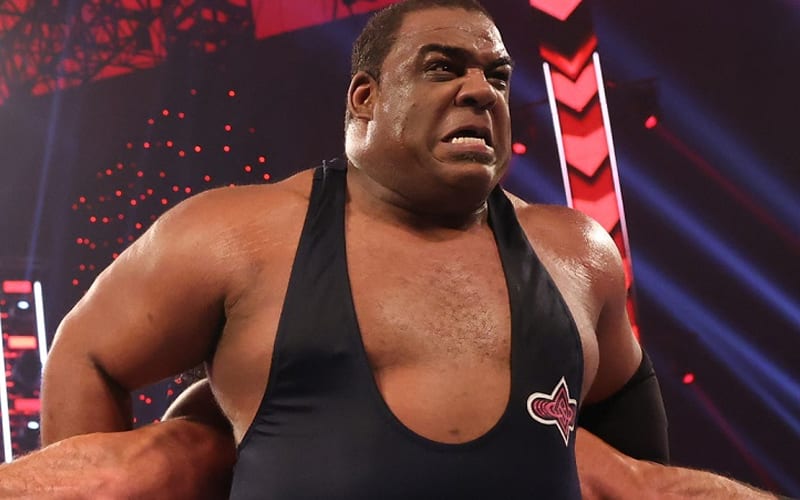 Keith Lee was slated to be in the triple threat match for the United States title at Elimination Chamber. Then reports broke that his particpiation was questionable. WWE promoted Lee in the match up until now, but he will not be wrestling.

According to PW Insider, WWE has pulled Keith Lee from the Elimination Chamber pay-per-view. He will not be in the triple threat match, and it’s unclear what WWE will do about the match. Riddle might get a singles opportunity against Bobby Lashley.

Keith Lee has been pulled from tonight’s Elimination Chamber pay-per-view, Lee was reportedly backstage at RAW this week, but he was not used. He is now thought to be injured.

The belief among those we have spoken with is that there is indeed some sort of injury, but what that may be is not yet confirmed.

Hopefully, Keith Lee is able to heal up and get back to action. He certainly lost out on a great opportunity at Elimination Chamber.