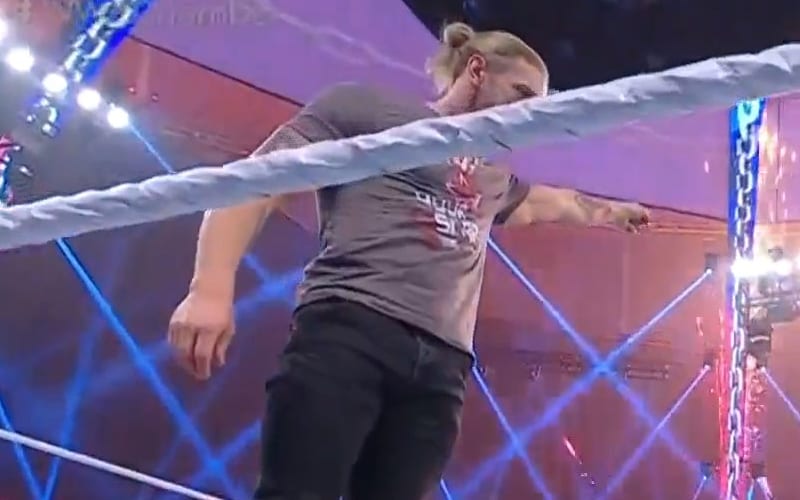 WWE started off the 2021 Elimination Chamber pay-per-view with a match to determine a new #1 contender for the Universal Title. Daniel Bryan won that match, but it didn’t work out as he had planned at all.

Roman Reigns defeated Daniel Bryan in quick order at the Elimination Chamber. He didn’t get much time to celebrate. As he turned around, he was met with a spear from Edge.

The Rated R Superstar pointed at the WrestleMania sign and made his point very clear. It will officially be Edge vs Roman Reigns for the Universal Title at WrestleMania.