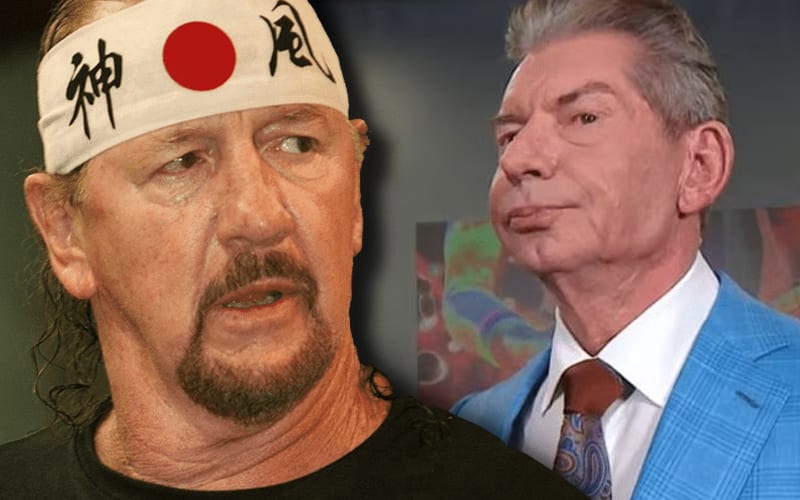 Terry Funk worked for WWE for a short run, and his character was actually a rib on Jim Cornette in a lot of ways. He is also very much aware of what AEW is doing, and he’s all for it.

The Funker’s Twitter account sent out an update for fans. Funk is doing better, and he also can’t wait to see Kenny Omega and Jon Moxley tear it up at Revolution. He hopes that a match like that will “wake up” Vince McMahon and WWE a bit.

Just talked to Mr. Funk & he’s doing okay. He just wanted to wish @JonMoxley & @KennyOmegamanX the best of luck in their exploding barbed wire match. He says the match is a good way for @aew to wake up Vince with a good kick in his ass. He wants you to know he’s pulling for you!

AEW putting an exploding barbed wire match on their pay-per-view is exactly the kind of thing that might bring Vince McMahon to talk about how WWE doesn’t do “blood and guts.” We’ll have to see how AEW pulls off the gimmick match at Daily’s Place, but there are a ton of possibilities, all of them are also possibly incredibly violent.