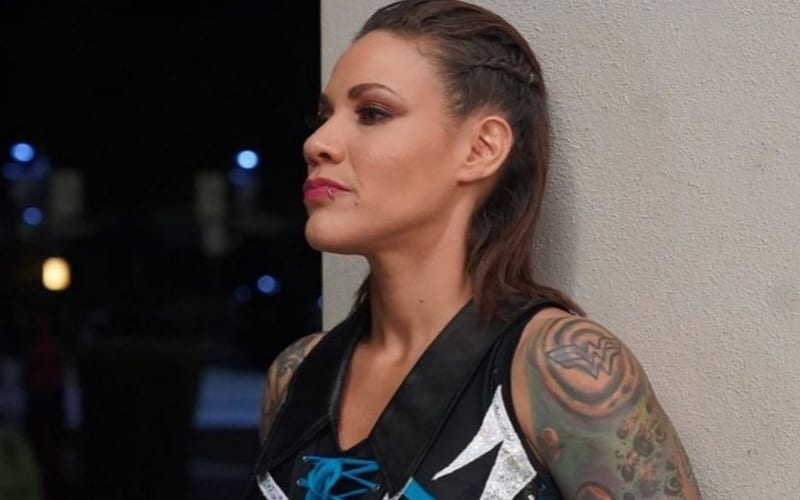 Mercedes Martinez surprised some fans when she signed with WWE. This came during a time when wrestlers with experience were even more valuable as AEW was stacking their roster.

Solo Wrestling recently spoke to Martinez about a few subjects and she had a chance to elaborate on why she signed with WWE. She made it to WWE after twenty years in the pro wrestling business and she admitted that Vince McMahon’s company is “everyone’s ultimate goal.”

There were other outlets that Mercedes Martinez could have explored, but she couldn’t turn down a WWE deal.

“I think WWE is everyone’s ultimate goal. It was always my ultimate goal to come to WWE and I didn’t know in reality if it was actually ever going to make it here after 20 years in the business. It’s one of those things that you kind of leave behind in the back of your head like ‘yeah I’ll get there when I get there it may not be a thing.”

“So you want to look at other outlets whether it’s wrestling overseas and the other companies but one the WWE contacted me I had no issues whatsoever signing that contract. Definitely always the go and even if it wasn’t to me if I didn’t get to be part of WWE I knew that would still be wrestling for a couple more years. My career was winding down and this was just an opportunity that I has to get and an opportunity that I really needed and it’s just the combination of all the hard work that I have done and it just so happens that it came almost at my 20-year point.”

It was quite a journey for Mercedes Martinez, but she’s not done yet in WWE. She returned to the NXT brand after a short stint in Retribution didn’t pan out. Now she is on her own and ready to utilize that veteran experience however she can.