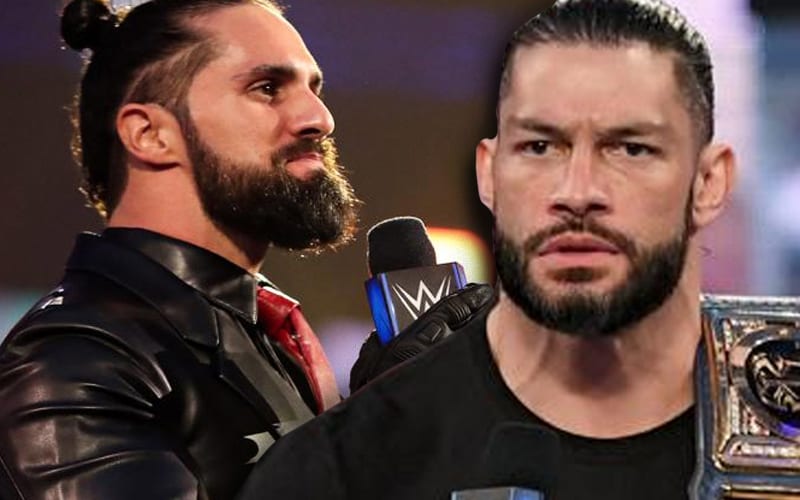 Seth Rollins took two months off of the SmackDown brand, but his old Shield Brother Roman Reigns was still at the Head of the Table when he returned. It doesn’t sound like Rollins is eager to face The Tribal Chief, but he is more than happy to praise him.

While on The Bump, Seth Rollins was asked about Roman Reigns’ current status on SmackDown. He said that Reigns is killing the game right now and he continued talking about how Roman Reigns has chosen his own path.

“Absolutely killing the game, he’s doing incredible things as the Head of the Table, the Universal Champion, representing SmackDown, as good as he can. It’s really an incredible thing to watch someone really take hold of their own belief system of their own career. He’s a guy who had kinda followed the path laid out before him, for years and done the right thing every step of the way, the thing that he thought was right, that he thought people wanted him to do.”

Roman Reigns is headed into Elimination Chamber in a very good position. He is set to face the winner of whoever comes out victorious in the blue brand’s Chamber match. That will certainly put him at an advantage, but it is also the kind of intelligent decision that has kept Reigns on top since his return to WWE.