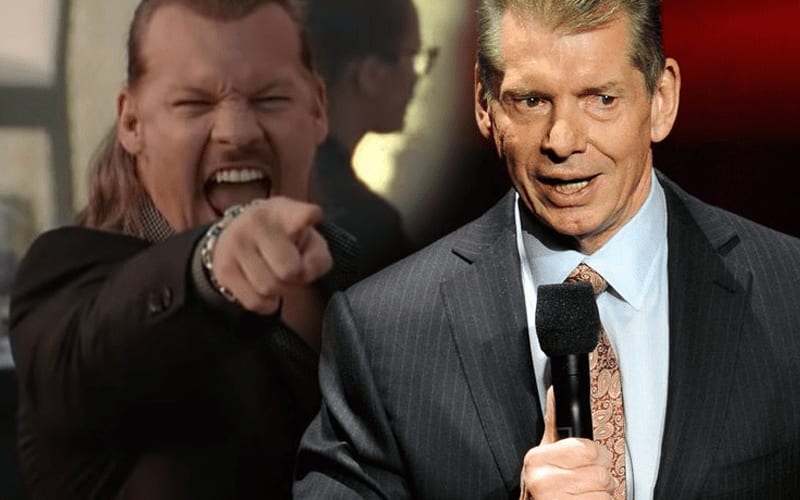 Vince McMahon has booked himself in a few angles in his own company, including one Royal Rumble win. That doesn’t mean he really excelled in in-ring competition.

During a recent episode of Talk Is Jericho, Nick Dinsmore remembered a time when he pinned Vince McMahon with a schoolboy to clinch a victory in the match. This prompted Chris Jericho to exclaim that McMahon was the “worst wrestler ever,” and he probably messed up that schoolboy pin as well.

“Vince, the worst wrestler ever. He probably even screwed up the schoolboy.”

Nick Dinsmore carried on and explained how that match with his Eugene character was supposed to go.

“I think it was Vince and Shane against Eugene. They were just gonna beat him up and they were gonna beat him. It was Shawn Michaels who went, ‘Eugene should win if you’re doing all that stuff to him.’ ‘Okay, yeah.’ So at the very end, I just rolled up Vince, one, two, three.”

We’re not sure how much time Vince McMahon ever really had to learn the ropes. He owns the ring, but that doesn’t mean he knows how to wrestle in it. At Mr. McMahon’s current age, we’ve likely seen his last actual match in the ring. You can also never count Vince McMahon out from doing anything he wants in his own company, even if he’s not really trained to do it.