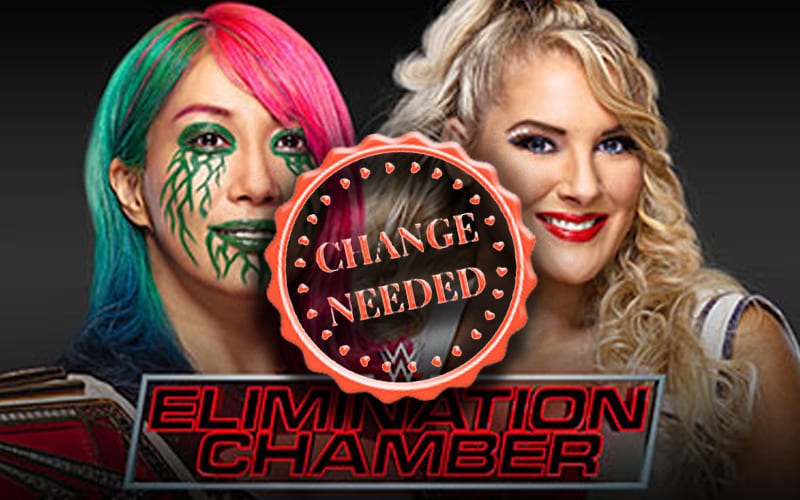 WWE’s next pay-per-view is this Sunday, but the card is far from completed. It appeared as though they had things in order, but anything can happen in WWE.

During Wrestling Observer Radio, Dave Meltzer addressed WWE’s current dilemma. They have to change a lot about the Elimination Chamber card at this point, and they don’t have much time to do it.

“We don’t know anything about the pay-per-view this Sunday except for the two Elimination Chamber matches. The Lacey Evans and Asuka match is obviously off, and the Lashley match, which is suppose to be a three-way, we don’t know if Keith Lee will be in the match or not.”

Lacey Evans is really pregnant. As Ringside News exclusively reported, the current plan is for to remain on television for a little while to continue her storyline with Charlotte Flair. This is an interesting situation, but it also means that this Sunday’s card needs to change.

The Miz also pulled himself from the Elimination Chamber match this week. He was replaced by Kofi Kingston. As we previously reported, Keith Lee’s status is 100% up in the air as well.