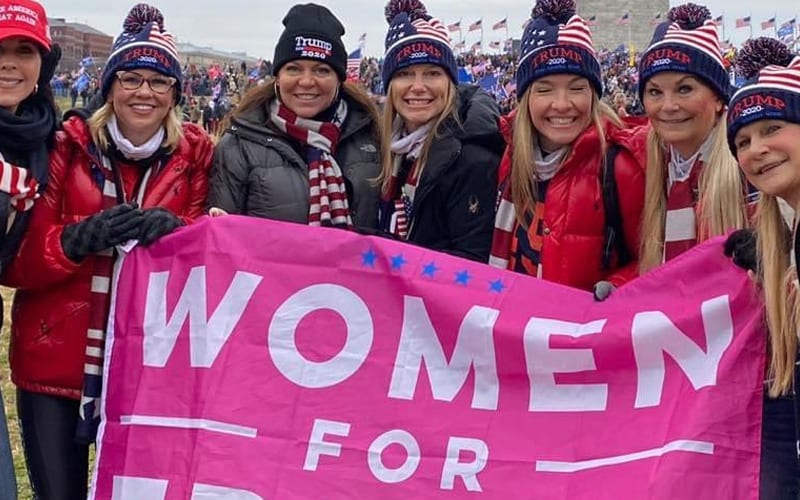 Chris Jericho said that he’s not political, but then fans dug up plenty of records of him donating thousands of dollars to Donald Trump’s campaign. It turns out that his wife is just as involved in politics.

Rioters stormed the U.S. Capitol Building January 6th, 2021 and fans have uncovered plenty of evidence that Chris Jericho’s wife was in Washington, DC. There is no proof that she stormed the Capitol, but she did apparently watch.

This all started when Jericho’s wife updated her Instagram page’s profile photo. The new photo showed her standing with other women in Washington, DC holding a pink “Women For Trump” sign. Fans got to digging and uncovered more proof that her photo was taken on January 6th.

This subject has gone viral within the Internet Wrestling Community, and plenty of people are talking about it. Chris Jericho was not at Washington, DC that day. It appears that his wife was with a group of women attending the rally.

You can check out some of the tweets and posts below.