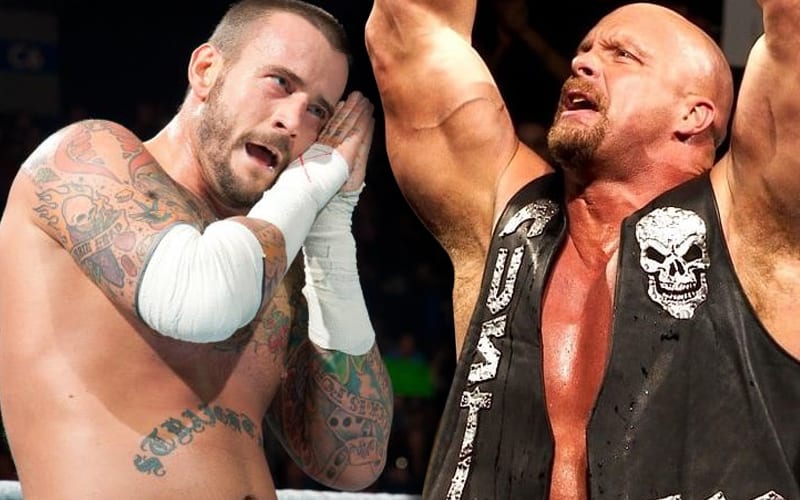 CM Punk talks a big game, but he tried to deny a recent bold tweet. Lucky for the Internet, he wasn’t able to hide that for long.

Punk jokingly denied that he said all it would take is one GTS to beat Steve Austin. The Second City Savior responded to a tweet from Austin where he expressed disbelief that he would say that.

It didn’t take long for fans to screenshot Punk’s tweet and send them in to Austin. The Rattlesnake then replied upon learning what Punk actually said.

I see. @CMPunk You did say that. Damn. Complete delusion. I had us at a 60 minute time limit match at the Rosemont Horizon. Right there in Chicago. Chi Town. The Windy City. Helluva match. Caught you with a Stunner at 59:56. You did not kick out. Bottom line.

If you ask Steve Austin, his match against CM Punk would have lasted much longer. The end result would have been much different as well.

It’s too bad that fans will never get to see how this match would end for real. At least we have Twitter so the two legends can hash it out like this in front of the masses.