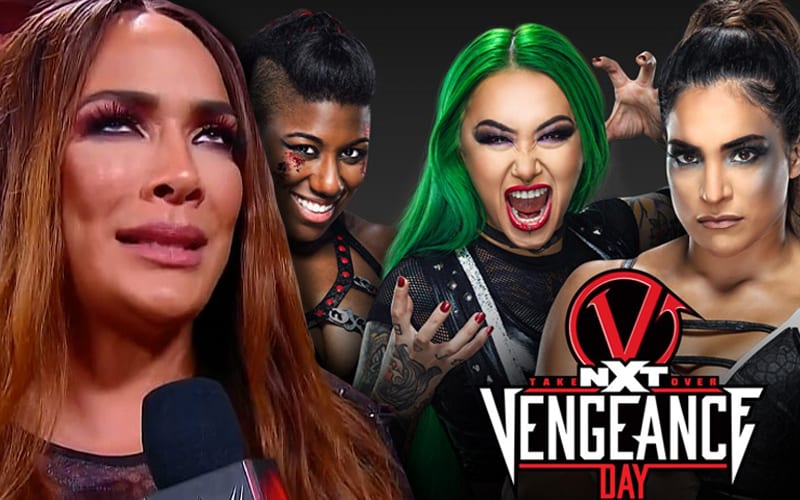 WWE NXT TakeOver: Vengeance Day is going down tonight on the WWE Network. It will be quite a capper on Valentine’s Day for a lot of fans. The first-ever Women’s Dusty Rhodes Tag Team Classic will also see winners crowned.

Nia Jax and Shayna Baszler are WWE Women’s Tag Team Champions. They will put those titles on the line against the winner of Dakota Kai and Raquel Gonzalez vs Shotzi Blackheart and Ember Moon. Nia Jax doesn’t have the time for it.

I wholeheartedly don’t want to be bothered with this, but…. Whichever team it is, doesn’t really matter to me!

Nia Jax and her hole will be ready to take on any challenger that WWE wants to set before her. It will be interesting to see women from NXT finally get a shot at the Tag Team Titles. Those titles are supposed to float around, but they haven’t been seen on the black and gold brand for an incredibly long time.