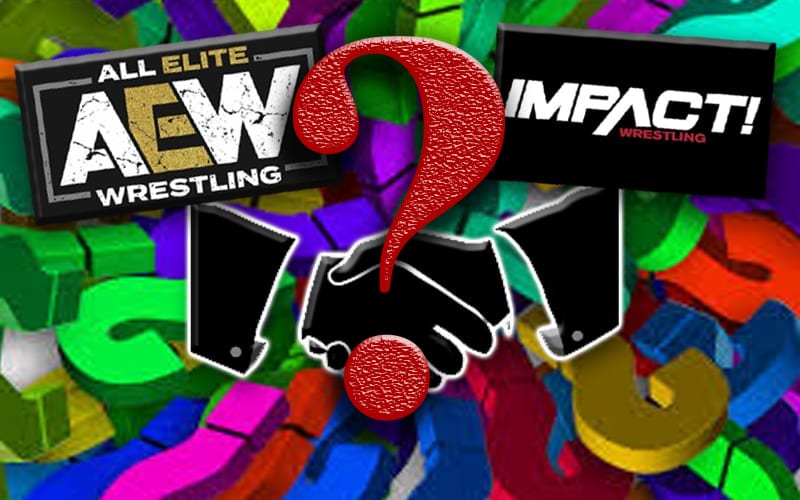 Sammy Guevara was supposed to appear for Impact Wrestling as part of the company’s relationship with AEW. That did not go down as planned and the Spanish God was pulled from the appearance.

We previously reported that there were multiple issues with Sammy Guevara prior to him getting nixed by Impact Wrestling. Some fans wondered if this strained the relationship between AEW and Impact Wrestling.

According to PW Insider, The Spanish God’s behavior did not damage the relationship between the two companies at all. In fact, they are still “golden” even after pulling Guevara from the tapings.

Impact sources reiterated there was no issue with AEW at all and the relations between the two sides are “golden.”

We’ll have to see if AEW and Sammy Guevara are “golden” in the next few weeks. He caused quite a stir with leaving the Inner Circle. Guevara said he needed some time away prior to leaving Daily’s Place on Dynamite.