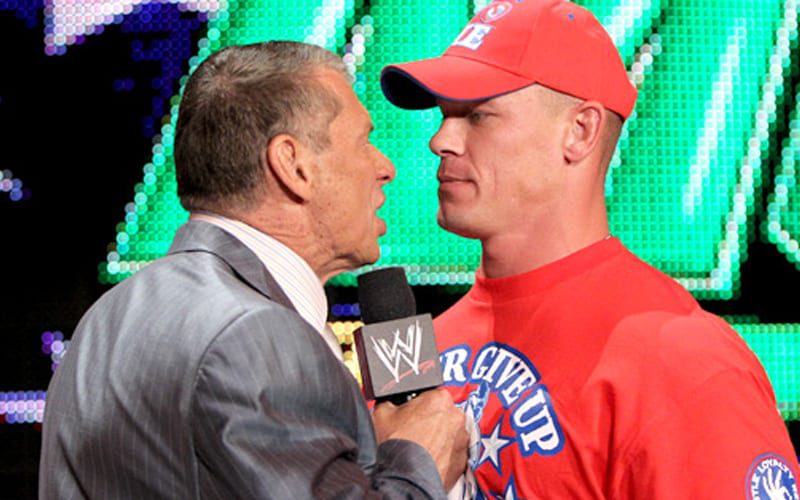 John Cena is one of the most popular Superstars in WWE history. He was the face of the company for over a decade and he remained a babyface for the entire time. This is despite the fact that many fans wanted him to turn heel.

He said that Vince McMahon was asked by writers several times if John Cena could be turned heel. McMahon ultimately had no intention of ever turning John Cena heel as he was the standard-bearer for WWE. In fact, McMahon was glad he never listened to them.

“When it came to Roman [Reigns], the model was John [Cena], right? Because there were plenty of times when the writers would come in and be like, ‘Can we just turn John heel?’ With the, ‘Let’s go Cena, Cena sucks. Can we do it? Can we pull the trigger?’ It was something Vince never wanted to do. He considered it, he always considers all ideas but ultimately he didn’t wanna do it and I think in the end he was like, to put it bluntly he was like, ‘Thank God I didn’t listen to you,’ as far as turning John heel because John was the standard-bearer and made a ton of money for the company and Make-A-Wish and merchandise and everything, you know?””

John Cena is currently busy with career in Hollywood and previously mentioned how he won’t be there for WrestleMania 37. We will have to see when he returns to WWE.