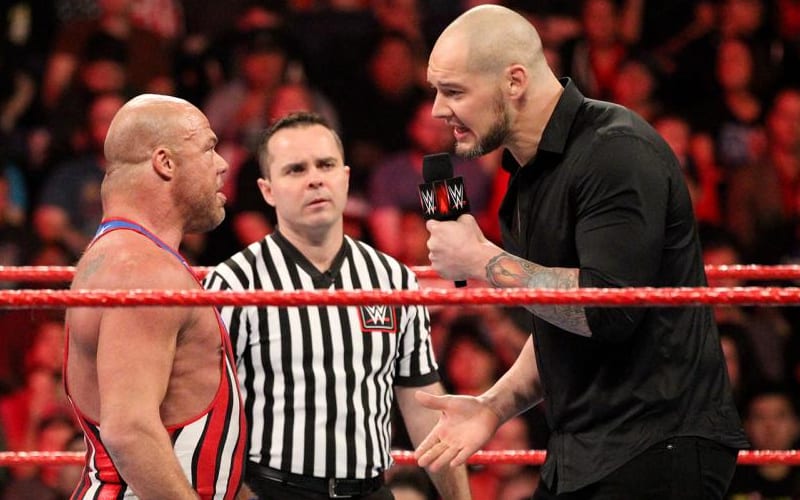 Kurt Angle wrestled his very last match at WrestleMania 35 against Baron Corbin. So many fans, including Angle wishes that John Cena was his final foe, but that wasn’t the case. Looking back, Angle isn’t even sure that WWE knew who he should have faced.

While discussing the subject on the Kurt Angle Show, the Olympic Hero discussed his retirement match and the trouble surrounding who his opponent should have been.

Kurt Angle became a backstage producer in WWE, and then he was released during the April 15th cuts. He is now enjoying life after pro wrestling, but you can never say never about him having some kind of involvement. It’s unlikely he will ever wrestle again which means Baron Corbin is probably going to remain his final opponent.