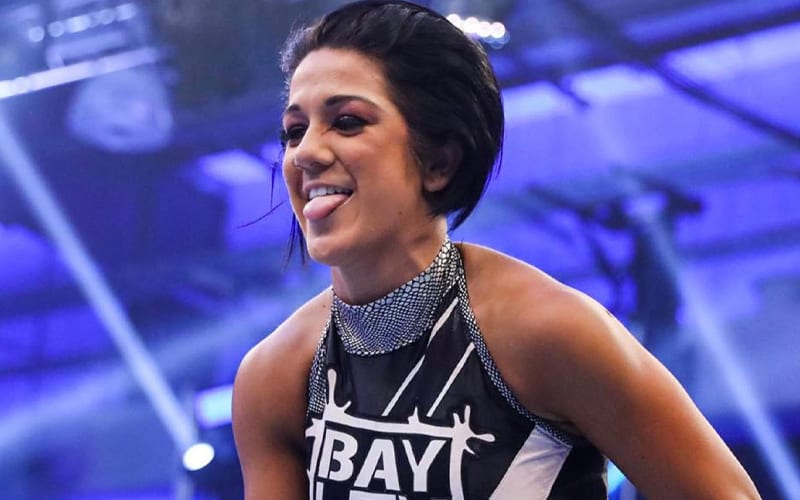 WWE’s Elimination Chamber pay-per-view is going down on February 21st and they will not have a women’s match. Bayley would really like it if they booked one and she has some ideas.

Ringside News exclusively reported that the company is not doing a women’s Elimination Chamber match this year. Bayley tweeted out her dream match if it were to happen, and she has some interesting choices.

Give me Riott Squad, Billie Kay, and Michael Cole in the Elimination Chamber. That’s a demand from the Role Model!!!!!!

She would have probably added Renee Paquette to the mix, but she is currently pregnant and that’s no place for a baby on board. Kayla Braxton might have to get in the ring sooner or later and see how she can hold her own against Bayley.