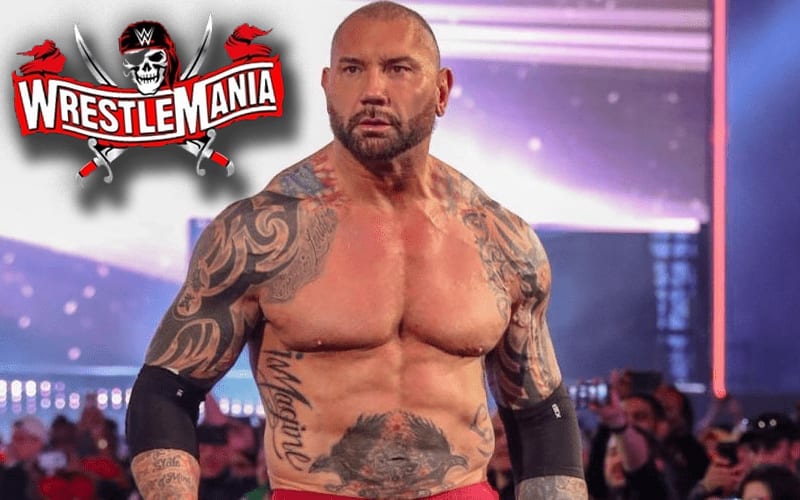 WWE is trying to bring in the biggest names possible for WrestleMania. Batista retired from in-ring action, but is there a chance he could show up at WrestleMania 37?

During PW Insider Elite Radio, Mike Johnson was asked if Batista has a shot at making WrestleMania this year. Johnson revealed that The Animal isn’t even in the United States. Right now Batista is playing Drax The Destroyer in the new Thor movie.

“He’s in Australia filming the new Thor film and he’s retired.  I don’t see that happening, not as a big part of Mania.”

Thor teamed up with the Guardians of the Galaxy at the end of End Game. It opened the door for plenty of stories to come. Batista will be featured in the new Thor movie, and he’ll be portraying that part whenever needed. That being said, WrestleMania isn’t happening for him this year.