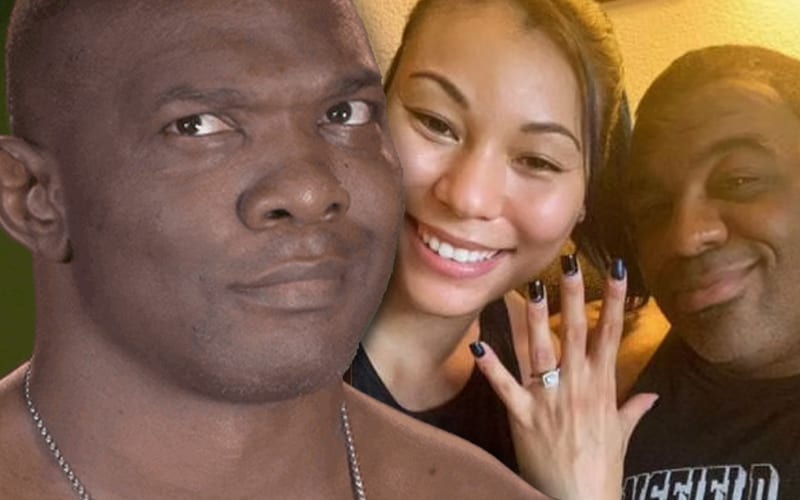 Shelton Benjamin and Mia Yim have a history of giving each other a hard time. They are like brother and sister in a lot of ways, and yesterday was a big day for Mia Yim.

Keith Lee and Mia Yim announced that they are officially engaged to be married. The couple were together for quite a while before the Limitless Lee popped the question.

Shelton Benjamin replied back to this happy news by saying: “She said “yes”, he said “HELP”!”

He later tweeted out an animated gif of a confused Dr. Steve Brule from the show “Tim and Eric’s Awesome Show, Great Job!” This gif had a caption reading: “Mia Yim is engaged. How is this possible?”

We’re sending our best and a huge congratulations to Mia Yim and Keith Lee from everyone here at Ringside News, even if the idea confuses Shelton Benjamin.